What to Know About Sean Conley, the White House Physician 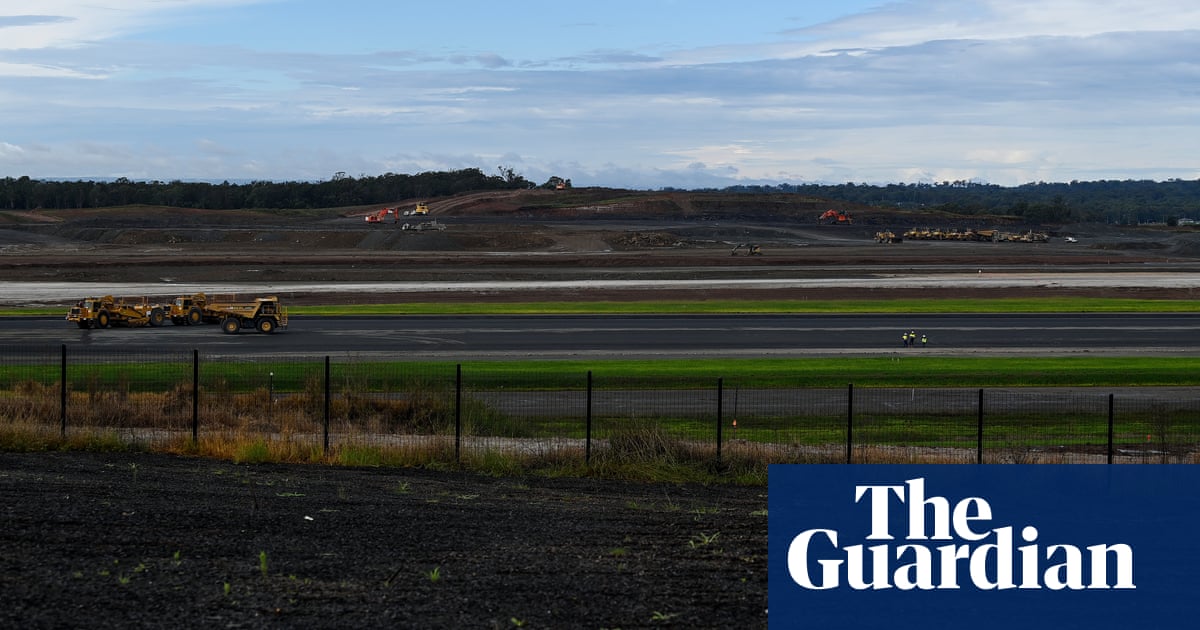 An area of heritage-listed bushland that formed part of the environmental offset for the western Sydney airport has been bulldozed for a car park at a new defence facility.

The clearing was revealed in an independent audit of the federal government’s progress in delivering the offsets required to compensate for the destruction of endangered habitat for the new travel hub in Badgerys Creek.

The main offset for the clearing of critically endangered Cumberland plain woodland is about 900ha of bushland at a defence site in the suburb of Orchard Hills.

The site, known as Defence Establishment Orchard Hills, is an explosives storage and training facility that is listed on the commonwealth heritage register because it is almost entirely vegetated with endangered woodlands.

Federal environment department officials had already questioned the credibility of offsetting habitat destruction for the airport with heritage-listed land the government already owned. Now, the most recent offset delivery report produced for the federal infrastructure department reveals a small section of the heritage bushland was cleared for a car park for a new naval guided weapons facility at the Orchard Hills site.

Conservationists have raised concerns about the clearing, with the Australian Conservation Foundation describing it as “yet another disturbing example that underlines the fundamental flaws in our national environment law”.

“For offsets to be credible they must provide genuine, additional, permanent protection and restoration.”

The clearing was identified by an independent reviewer who audited the Orchard Hills offset.

Under the development conditions, the infrastructure department must file annual reports on its progress in delivering the environmental offsets. The reports are years behind, with the 2020 review only recently published.

The independent review is attached as an appendix and notes that inspection of the site had found a recently cleared construction compound and temporary development within bushland that had been mapped as poor condition Cumberland plain woodland.

The reviewer wrote that the cleared area would have to be removed from the offset because it was unlikely to recover “without substantial restoration efforts”.

They also recommended that an investigation be launched into how development came to occur within the offset, to ensure it did not happen again.

Lisa Harrold is the president of the Mulgoa Valley Landcare group and was a member of an expert group that provided advice to the infrastructure department when it was preparing the offset plan.

Harrold has been vocal about her disappointment in the decision to use Orchard Hills as the main offset when it was already on the heritage register and had been promised as a permanent conservation site by both major political parties as far back as 2007.

“The fact of the matter is they’ve shown complete and utter disregard for the entire offsetting process,” she said.

“If it wasn’t for community members like myself who dig through reports and find they’ve cleared part of the offset there would be no recourse.

“What we’re left with is one government department telling another oh, sorry, we mucked up.”

The defence department did not respond to questions about the development, or whether it sought environmental approval to clear within the heritage area. The environment department, after receiving questions from Guardian Australia, said it was making “preliminary enquiries, consistent with our published compliance policy”.

A spokesperson for the infrastructure department said the construction identified by the independent auditor was in the “vicinity of the offset site’s preliminary boundary”.

“The department was aware that this boundary was subject to change once the final footprint of the defence facility was known and subsequent changes to the boundary have increased the size of the offset,” they said.

The spokesperson said the department had robust monitoring systems in place for the airport offsets and work on the next annual report was under way.

But Tim Beshara, the manager of policy and strategy at the Wilderness Society, said the story of the Cumberland plain woodland’s decline to the brink of extinction was a “farce” that highlighted layers of failure in administration of Australia’s environmental laws.

He said the bushland at Orchard Hills was the best remaining example of the woodland, and its listing on the heritage register meant governments were obliged to manage and protect it.

“And now it has been supposedly ‘secured’ as an offset for other destruction elsewhere, but somehow no one seems to check when the bulldozers arrive,” he said.

“There isn’t a single obligation to protect the Cumberland Plain that the commonwealth haven’t dodged or failed … and yet no one seems to be accountable.” Someone attacked Dave Chappelle in the middle of his performance in Los Angeles : NPR