How technology is transforming the accountancy sector 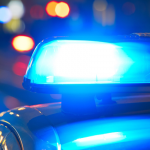 Tuesday, April 20th, Galesburg Police were dispatched to the 1800 block of Windish Drive in reference to a burglary in progress. Dispatchers informed officers that two subjects had departed May Storage in a white van. Officers caught up with the van and initiated an investigative stop in the 2200 block of North Seminary Street. Police made contact with the van’s driver: 42-year old Steven Anderson of Galesburg. It was discovered that Anderson had two Knox County Warrants: one for drug paraphernalia, the other for leaving the scene of an accident. The owners of the storage units told police they suffered a break-in weeks ago by subjects driving a white van. The owners had photo evidence of the van, the subjects, and the burglary tools being used. Anderson was transported to the Public Safety Building where he admitted to breaking into storage units. Anderson claimed his father’s unit was broken into recently and he was attempting to steal items back. Anderson was charged with the warrants, Burglary, and Possession of Burglary Tools.

COVID-19 drives technology research, from food robots to an app for loneliness