Advisers to former President Donald Trump say he still has not expressed remorse for the siege at the US Capitol, which could end up being important for Senate jurors to consider after House impeachment managers on Wednesday released new video of the violent mob’s assault on January 6.

One of the new clips show then-Vice President Mike Pence and his family being hustled away by Secret Service as the siege was under way. 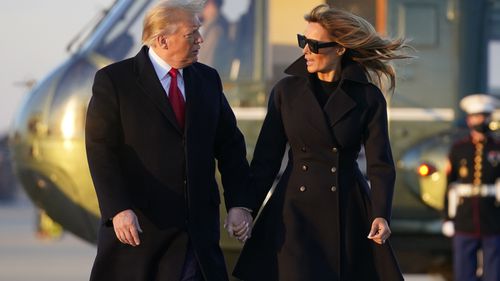 That affirms what Mr Pence aides told CNN in the days following the deadly insurrection. Some of those aides were outraged with Mr Trump and believed he had put his own vice president in danger.

Mr Pence, who plans to keep laying low during the impeachment trial, has not quite patched up his relationship with Mr Trump after what happened, according to a source familiar with the situation.

The source said Mr Pence and Mr Trump “discussed everything” that happened on January 6. But at the time, the source said, both men were more focused on just getting to January 20 – Inauguration Day.

“He got his point across at the meeting afterward,” the source said of Mr Pence, noting there were some lingering hard feelings.

Mr Trump did not express remorse for putting Mr Pence in a harrowing situation at the meeting, the source added.

“That’s not his style,” the source said.

But the source said it is likely both men will be able to move on after the events surrounding January 6.