Sony showed off an electric car to highlight its automotive technologies

A legal case challenging the validity of Melbourne’s coronavirus lockdown is being filed in the High Court of Australia as the state remains under some of strictest restrictions in the world.

“This is not what we signed up for and is inconsistent with a free society, representative democratic government and civilised living,” hospitality business owner Julian Gerner, who insists the matter is bipartisan and not politically motivated, said.

“Aggressive and heavy-handed enforcement of these restrictions has also alarmed most fair-minded people.”

Melbourne’s coronavirus lockdown has been longer than COVID-19 epicentre Wuhan’s, becoming one of the world’s harshest isolation periods.

The Victorian government is considering changing its roadmap out of lockdown as case numbers stagnate to a “stubborn” daily average. The state recorded 15 new coronavirus cases yesterday and no deaths, with 10 linked to family clusters or known cases. The all-important rolling 14-day average in metro Melbourne sits at 9.9 and just 0.4 for regional Victoria.

Premier Daniel Andrews said the state government was re-evaluating case number targets attached to its steps out of lockdown, admitting they would have to “call it” at some point.

His government is under renewed scrutiny after Victoria’s most senior public servant Chris Eccles yesterday resigned from his position as Secretary of the Department of Premier and Cabinet, effective immediately.

Mr Eccles’ resignation was prompted by revelations — following the release of his phone records to the hotel quarantine inquiry — that he had called former police chief Graham Ashton, despite testifying earlier that he didn’t recall doing so.

However, Mr Eccles insisted he did not “convey to Mr Ashton any decision regarding the use of private security” during the phone call. 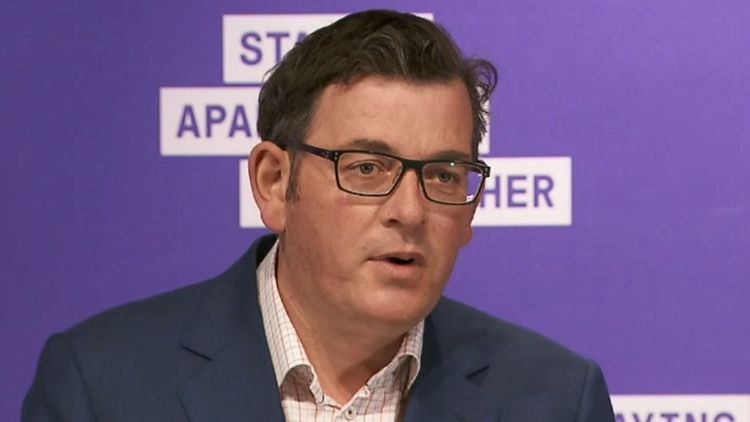