Russian President Vladimir Putin shows his passport to a member of an election commission as he arrives to take part in voting at a polling station in Moscow on Wednesday. 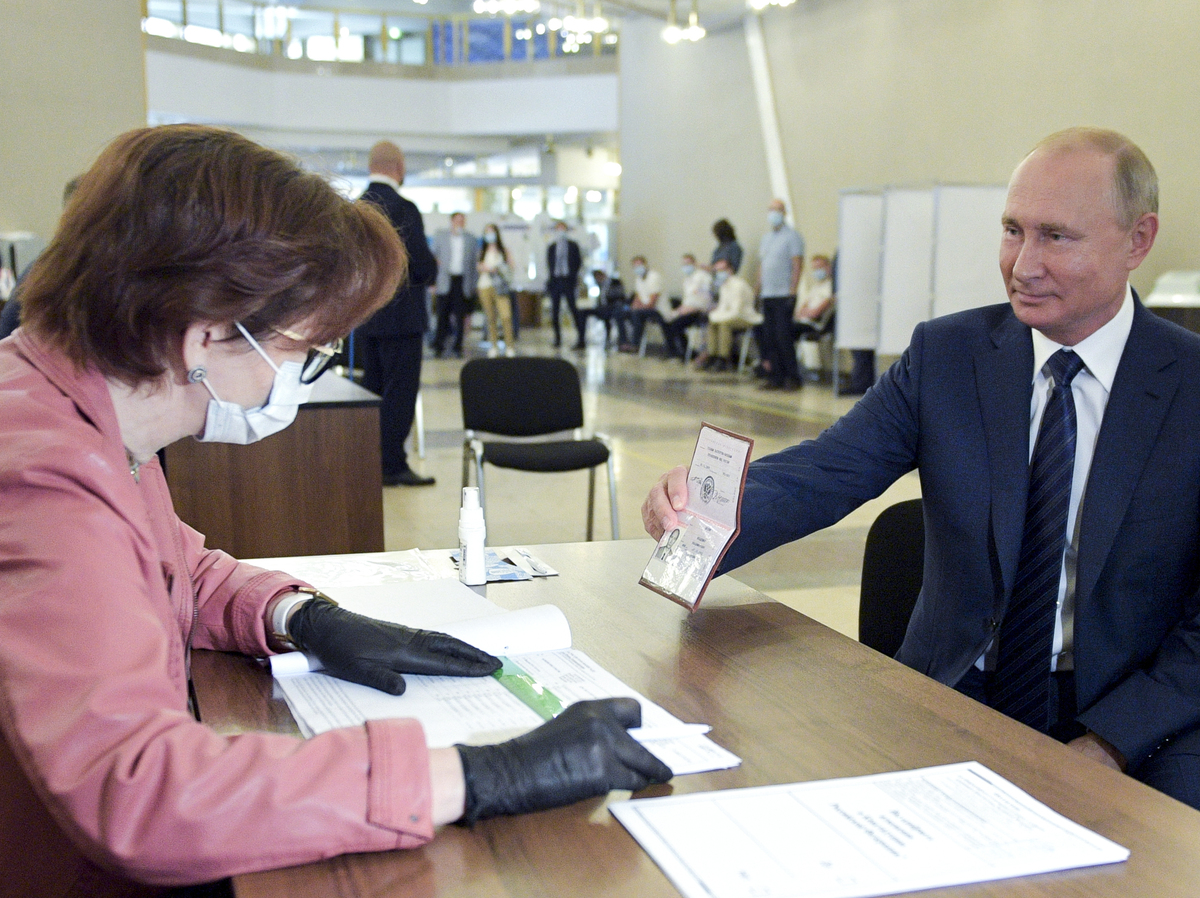 Russian President Vladimir Putin shows his passport to a member of an election commission as he arrives to take part in voting at a polling station in Moscow on Wednesday.

Russian voters have overwhelmingly backed a referendum on constitutional changes that include a provision allowing President Vladimir Putin — who has already served for some two decades — to remain in power until 2036.

With nearly all of the ballots counted, the tally for the voting that has taken place over a full week, showed a 78% “yes” vote, according to Russia’s Central Election Commission. The commission estimated the turnout was 65% of eligible voters.

The opposition accused the government of rigging the vote.

Russia’s constitution had required Putin to step down after his current six-year term expires in 2024.

The amendments to the constitution up for the referendum vote had been passed weeks ago by Russia’s parliament, but Putin had insisted that they be approved by voters to give the changes legitimacy.

The referendum had originally been scheduled for April 22, but was postponed because of the COVID-19 pandemic. Russia is among the countries hardest-hit by the virus.

In addition to a reset of presidential terms allowing him to run twice more, the referendum includes some 200 other amendments, including guaranteed minimum pensions, a ban on same-sex marriage and an affirmation of the Russian people’s belief in God.

It also includes changes designed to strengthen the country’s State Council and a provision banning the relinquishing of any Russian territory — a move aimed at solidifying Moscow’s hold on Crimea, which had been under Ukraine’s control until it was annexed by Russia in 2014.

Putin was photographed voting at the Royal Academy of Sciences, where he was handed a ballot by a poll worker clad in mask and gloves as an apparent precaution against coronavirus infection. Putin himself was not wearing any protective gear.

In January, Putin’s Cabinet, including Prime Minister Dmitry Medvedev, abruptly resigned, in a move aimed at easing the constitutional changes.

Putin, who is currently 67, could serve well into his 80s.

The Russian leader previously sidestepped the two-term limit by becoming prime minister for a term, while Medvedev stepped into the presidency. Even so, Putin was widely seen as maintaining near complete control over the presidency during his brief absence from the post.