Sen. Ron Johnson, R-Wis., of the Senate Homeland Security and Governmental Affairs Committee pushed for a subpoena for Blue Star Strategies, a consulting firm with ties to Burisma, the Ukrainian gas company. 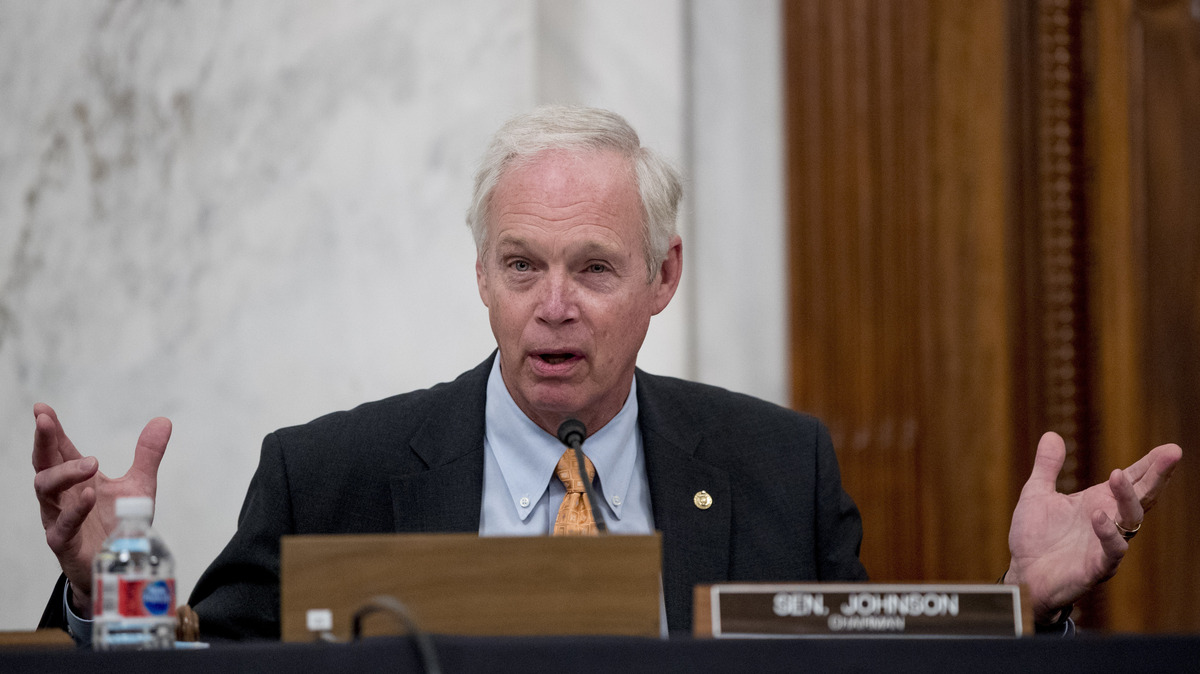 Sen. Ron Johnson, R-Wis., of the Senate Homeland Security and Governmental Affairs Committee pushed for a subpoena for Blue Star Strategies, a consulting firm with ties to Burisma, the Ukrainian gas company.

The Senate Homeland Security and Governmental Affairs Committee voted along party lines Wednesday to subpoena documents and depositions from Blue Star Strategies, a consulting company that worked with the Ukrainian energy company Burisma when Hunter Biden served on its board.

“We need to get to the truth about the Bidens’ relationship with Burisma, and these hearings will provide the Senate with the full picture,” Sen. Rick Scott, R-Fla., said.

Democrats on the committee said Republicans were chasing conspiracy theories and bolstering Russian disinformation efforts by using their power to investigate the Biden family instead of the government response to the coronavirus pandemic, which falls under the committee’s jurisdiction.

Sen. Maggie Hassan, D-N.H., called the investigation “a charade that would be silly if it were not so insidious.”

Sen. Gary Peters, D-Mich., the top Democrat on the panel, cited a letter from Blue Star Strategies that said a subpoena was unnecessary.

“At every opportunity we have indicated to the Committee that it is our intention to cooperate. At no time have we ever stated or indicated in any way that we would not cooperate. Therefore, we are puzzled, despite our willingness to cooperate, why the Committee is proceeding to vote on a subpoena,” the letter said.

A spokesman for the committee told NPR that a bipartisan group of panel members suggested that the chair issue the subpoena.

“The fact is Blue Star has delayed our efforts for more than five months, and even refused to let our staff speak to their attorney until last week – despite the fact that he was speaking with the Ranking Member’s staff. Their only real efforts came after we noticed this markup, and we know even those have been woefully incomplete,” the spokesman said in a written statement after the vote.

“The American people deserve to know the extent to which the U.S.-based, Democrat-led consulting company leveraged its connections within the Obama administration to try to gain access to and influence U.S. government agencies on behalf of its corrupt client, Burisma.”

Wednesday’s vote kicks off what is expected to be a summer-long effort by Senate Republicans to focus on two lines of investigation: Hunter Biden’s work for Burisma and the counterintelligence operations inside the Obama administration during the 2016 presidential election. Both investigations will keep presumptive Democratic presidential nominee Joe Biden under scrutiny in a move that Democrats say only serves the purpose to bolster President Trump’s reelection campaign.

Andrew Bates, spokesman for Biden’s campaign, accused Sen. Ron Johnson, the committee’s chairman, of “running a political errand” for the president and wasting time during the COVID-19 outbreak on a “previously debunked smear against Vice President Biden.”

“Sen, Johnson should be working overtime to save American lives — but instead he’s just trying to save the president’s job,” Bates said.