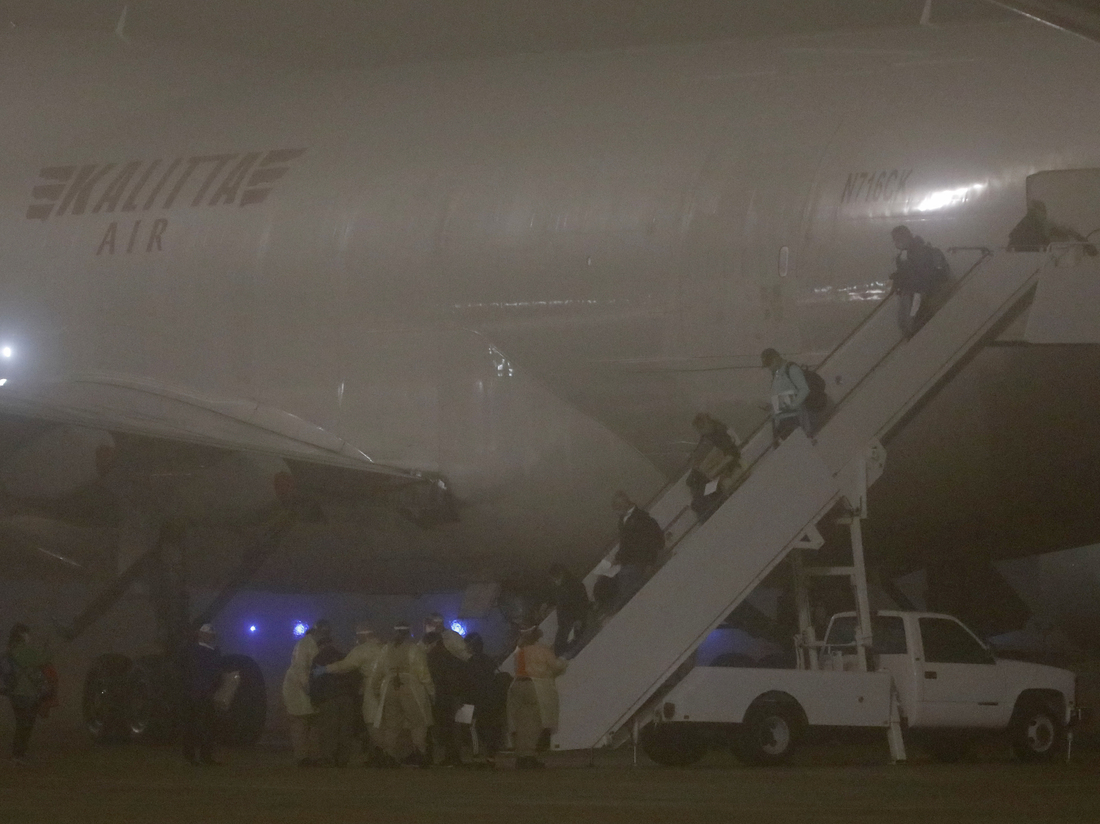 American evacuees from the Diamond Princess cruise ship arrive at Joint Base San Antonio-Lackland on Monday in San Antonio, Texas. 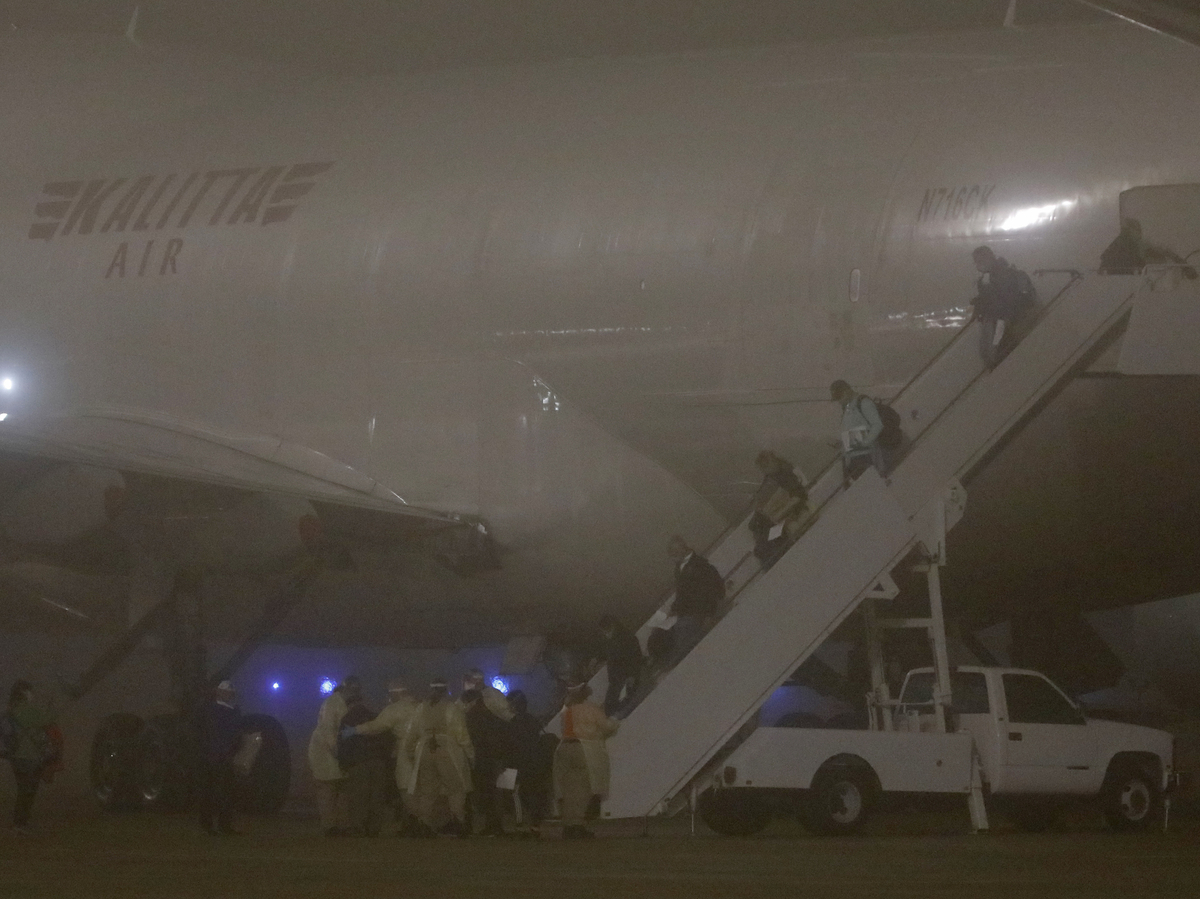 American evacuees from the Diamond Princess cruise ship arrive at Joint Base San Antonio-Lackland on Monday in San Antonio, Texas.

Fourteen U.S. passengers evacuated from a cruise ship in Japan and flown to military bases in California and Texas have tested positive for the new coronavirus, U.S. officials confirm.

The State Department said it was in the process of transporting more than 300 Americans who had been quarantined on the Diamond Princess off Yokohama, Japan, when it got word of the positive tests for the disease now known as COVID-19.

“During the evacuation process, after passengers had disembarked the ship and initiated transport to the airport, U.S. officials received notice that 14 passengers, who had been tested 2-3 days earlier, had tested positive for COVID-19,” the State Department said in a joint statement with the Department of Health and Human Services.

The officials said those Americans were separated from the other evacuees, even though the 14 individuals weren’t showing symptoms of the virus officials said.

“These individuals were moved in the most expeditious and safe manner to a specialized containment area on the evacuation aircraft to isolate them in accordance with standard protocols,” the statement said.

It added: “Passengers that develop symptoms in flight and those with positive test results will remain isolated on the flights and will be transported to an appropriate location for continued isolation and care.”

Passengers on the two flights landed either at Joint Base San Antonio in Texas or at Travis Air Force Base in Solano County, California, roughly 60 miles northeast of San Francisco.

All passengers will remain under a mandatory a two-week quarantine.

Not all the Americans who were on the ship have been flown back to the U.S., NPR’s Jason Beaubien reports. Some who were diagnosed with the fast-spread strain of coronavirus have already been hospitalized in Japan.

“As of this weekend, there were 44 Americans onboard who had tested positive and some of them had already been taken off the boat because they were sick,” Beaubien says.

The Diamond Princess has been under Japan-ordered quarantine since Feb 5, after a passenger who had disembarked earlier tested positive for the virus in Hong Kong.

Although Japanese authorities originally said the quarantine period for the ship would expire Wednesday, that date might now be pushed back, Beaubien reports.

Health officials in Asia say 454 aboard the Diamond Princess have been diagnosed with the coronavirus that emerged in late December in Wuhan, China.

Worldwide, more than 70,000 cases of the new coronavirus have been reported and more than 1,700 people have died of COVID-19.

Covid-19 could cause permanent shift towards home working | Technology