Sell-Side Technology Awards 2021: All the Winners 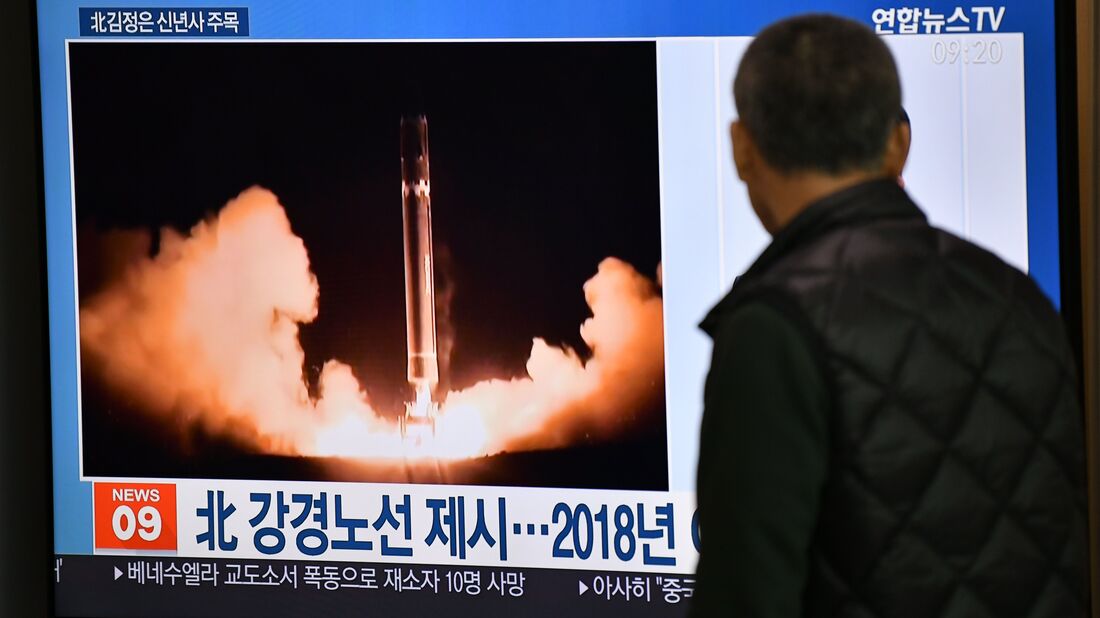 A man watches TV news at a railroad station on Jan. 1 in Seoul, South Korea. While waiting for North Korea’s leader to address his nuclear-weapons plans, the program featured file footage of a North Korean missile test.

A man watches TV news at a railroad station on Jan. 1 in Seoul, South Korea. While waiting for North Korea’s leader to address his nuclear-weapons plans, the program featured file footage of a North Korean missile test.

North Korean leader Kim Jong Un said Wednesday he no longer felt bound by a self-imposed moratorium on nuclear and long-range missile testing, which has held for the past two years. However, he stopped short of saying he was breaking off nuclear negotiations with the U.S., nor did he formally announce a shift to a more hardline policy.

The official Korean Central News Agency carried Kim’s remarks, which he made to a four-day plenary session of the ruling Workers Party Central Committee, just completed in Pyongyang.

Kim was expected to make key remarks in a televised New Year’s address, but state media had not aired the speech as of noon local time, leading to speculation that Kim had said all he wanted to say to the party plenum, and was skipping this year’s address.

KCNA quoted Kim as saying there was no reason to remain committed to his moratorium because the U.S. had not reciprocated his gestures, but continued to hold joint military drills with South Korea and sent advanced weapons to the South. “This is chilling our efforts for worldwide nuclear disarmament and non-proliferation,” Kim added.

The U.S. has scaled back military exercises with Seoul in hopes of facilitating diplomacy. But it has also sold advanced F-35A fighter jets to South Korea.

Kim threatened to take unspecified “shocking action,” adding that “the world will witness a new strategic weapon” which North Korea will soon have.

Kim also accused the U.S. of playing for time, drawing out nuclear negotiations, while maintaining sanctions and hostile policies “to completely strangle and stifle” North Korea. “This is the double-dealing behavior of the brigandish U.S.,” Kim commented.

“If Chairman Kim has reneged on the commitments he made to President Trump, that is deeply disappointing,” he said in an interview with CBS News.

“He made those commitments to President Trump in exchange for President Trump agreeing not to conduct large-scale military exercises,” Pompeo added. “We’ve lived up to our commitments. We continue to hold out hope that he’ll live up to his as well.”

Washington has rejected Kim’s assertions that it is dithering on negotiations. Special envoy on North Korea Stephen Biegun recently insisted that the U.S. has put forth creative suggestions on how to proceed with diplomacy, but that North Korea has not responded positively.

Over the past year, Kim and his officials have threatened to follow a “new way,” building up its nuclear deterrent, giving up on negotiations with the U.S., and relying more economically and diplomatically on China and Russia.

Two staged horseback rides across the snowy Mt. Paektu on the border with China, and the four-day party plenum unprecedented in his eight-year rule gave the impression that Kim was considering a strategic change of direction for the country at a critical juncture.

Without explicitly calling for a formal shift, Kim suggested that he would seize the initiative, and not wait for the situation to turn favorable. “We should never dream that the U.S. and the hostile forces would leave us alone to live in peace, but we should make [a] frontal breakthrough with the might of self-reliance,” he told the plenum.