Photo highlights from our top stories: Inuit parenting teaches kids how to control anger; a fisherman holds up a fish caught in Lake Malawi, where transactional sex is part of the fish trade; the Dandora Landfill in Nairobi, Kenya. 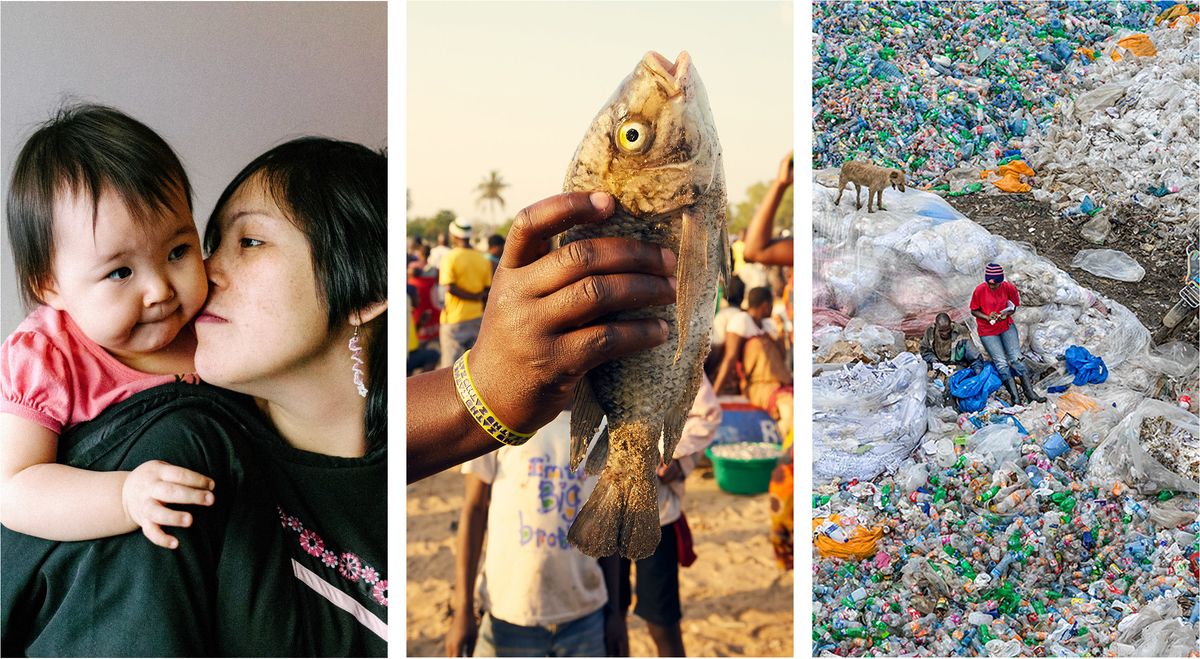 Photo highlights from our top stories: Inuit parenting teaches kids how to control anger; a fisherman holds up a fish caught in Lake Malawi, where transactional sex is part of the fish trade; the Dandora Landfill in Nairobi, Kenya.

How do Inuits teach their kids not to get angry?

What is the story behind a practice known as “sex for fish” in Malawi?

And … oh my heavens … what have we humans done to the planet?

Stories in Goats and Soda that answered these questions were some of our most popular in 2019.

Here are our top 7 stories of the year, ranked by page views.

How Inuit Parents Teach Kids to Control Their Anger

When correspondent Michaeleen Doucleff flew to Iqaluit in Nunavut, Canada, earlier this year to find out more about the parenting style there, all the moms mentioned one golden rule: Don’t shout or yell at small children. That’s a key to a society in which people are able to maintain composure even when faced with an annoying or frustrating situation.

Renee Bach, 30, is being sued in Ugandan civil court over the deaths of children who were treated at the critical care center she ran in Uganda.

The growths on Mahmoud Taluli’s hands were the result of a severe case of a rare condition called epidermodysplasia verruciformis — sometimes referred to as “tree man” syndrome because the tumors can resemble wood or bark. At right: Taluli after his operation.

Mahmoud Taluli of Gaza has undergone at least five surgeries at Hadassah Medical Center since 2017 for his epidermodysplasia verruciformis, a rare skin disease that causes painful white and gray growths resembling tree bark. Nicknamed “tree man” syndrome, Taluli’s condition has only been documented a handful of times around the world — and there is no known cure. But as a result of the surgeries, Taluli has regained use of his hands.

The Dark Secret Of Lake Malawi: Trading Sex For Fish

In sub-Saharan African communities where fishing is an important part of the local economy, there is a pervasive practice between the men who catch the fish and the women who sell it in markets: transactional sex.

China Reports 3 Cases Of The Most Dangerous Type Of Plague

In November, three people in China were diagnosed with pneumonic plague — the most dangerous type of the disease, also known as the Black Death, which can spread from person to person.

The first two cases were a couple from Inner Mongolia, an autonomous region in northwest China. The other patient was a man also from Inner Mongolia, though reported to be unrelated to the couple. The Chinese government confirmed the cases, but media censorship drew criticism online.

Oh Dear: Photos Show What Humans Have Done To The Planet

More than 800 tons of trash piling up in a landfill in Nairobi, Kenya. Smoke pumping out of a 3,400-acre Exxon Petrochemical plant in Baytown, Texas. Oil contaminating the waterways of the Niger Delta in Nigeria.

These are some of the scenes documented in the Anthropocene Project, a multidisciplinary exhibit of film, photography, virtual reality and augmented reality. The name refers to the Anthropocene era — the age of the humans (“anthropos” is Greek for human).

Read the full story and view some of the photos here.

The Hu, a Mongolian metal band, combines traditional instruments like the horsehead fiddle and Jew’s harp with heavy drums and bass. With their mix of ancient culture and modern rock, the four conservatory-trained musicians have landed over 22 million views on YouTube.

Read the full story (and rock out) here.

Nick Jordan: 7 obstacles to overcome for success in healthcare IoT