Copies of the book “Permanent Record,” by Edward Snowden, are seen on the shelf at the Harvard Book Store in Cambridge, Mass. (CJ GUNTHER/EPA-EFE/REX)

President Trump’s attacks on the whistleblower at the center of his impeachment inquiry aren’t a surprise to Edward Snowden. The individual whose revelations sparked a global debate about surveillance has some experience in revealing explosive government secrets.

Snowden said in a wide-ranging podcast interview, launched last night, with the American Civil Liberties Union that Trump’s attacks on his whistleblower’s credibility highlight a broader, political playbook used to intimidate people from exposing government wrongdoing. Snowden, exiled in Moscow after revealing a far-reaching government surveillance program, said in the interview that attention should remain on the facts and proof  behind the exposure — and not on where the information originated.

“Whenever power faces some kind of opposition, they immediately try to change the conversation into: Who are you? How dare you? And get people talking about who brought this forward instead of what was brought forward,” Snowden told ACLU Executive Director Anthony Romero. “And that’s why we need processes to account for that right.”

The interview marks Snowden’s most extensive public comments on the whistleblower at the center of Trump’s impeachment inquiry since that person’s complaint became public last week. The revelations have sparked perhaps the greatest debate about whistleblowing since Snowden’s own decision to release a trove of government documents to the press more than six years ago detailing the extent of the National Security Agency’s data collection practices. And they could have far-reaching consequences for whether whistleblowers feel comfortable coming forward in the future.

Many civil liberties advocates view Snowden as a famous precursor to the anonymous individual who filed a detailed report with the intelligence community’s inspector general alleging Trump inappropriately asked the Ukranian president to investigate Joe Biden and his son. But others don’t think Snowden fits the definition of whistleblower given the fact his findings were leaked to the press and the U.S. government considers him a traitor.

Snowden defined the word in his new book, “Permanent Record.”

“A ‘whistleblower,’ in my definition, is a person who through hard experience has concluded that their life inside an institution has become incompatible with the principles developed in—and the loyalty owed to—the greater society outside it, to which that institution should be accountable,” he write. “This person knows that they can’t remain inside the institution, and knows that the institution can’t or won’t be dismantled. Reforming the institution might be possible, however, so they blow the whistle and disclose the information to bring public pressure to bear.“

Snowden’s revelations launched global scrutiny of government and private sector data collection that still resonates today. And the world’s most famous privacy advocate hasn’t been shy about drawing comparisons between himself and the whistleblower who claimed Trump misused his office for personal gain:

where have i heard that before https://t.co/GDveu0XNIB

Snowden and today’s whistleblower employed very different means of exposing the secret information they believed the public needed to know — but both of their actions highlight the perils and shortcomings of the current whistleblower system.

Trump’s whistleblower was an intelligence official who followed laws for reporting potential wrongdoing. The New York Times reported last week the Central Intelligence Agency official first anonymously reported information about the phone call and alleged coverup by the Trump administration to the CIA’s top lawyer. The lawyer shared those concerns with the Justice Department and the White House. Around that time, the official separately filed the whistleblower complaint with the intelligence community’s IG. The Times reported White House knowledge of the whistleblower’s concerns before he officially filed the complaint “demonstrates a weakness in a law meant to protect him from reprisals and shows that he was at risk of retaliation.”

And the president himself has sought to unmask the whistleblower, dubbing him a “fake.” The ACLU is pushing lawmakers to consider stronger whistleblower protections as my colleagues Matt Zapotosky and John Wagner reported that there are only limited protections available to people in the intelligence community who report government wrongdoing.

“President Trump’s attacks are deeply troubling and should provide lawmakers fresh motive to strengthen whistleblower protections, particularly for the intelligence community,” the ACLU wrote in a blog post. “But, the attacks aren’t unprecedented. We’ve seen them before, and for decades have fought to protect whistleblowers from them.”

Meanwhile, Snowden, a former CIA employee and NSA contractor, instead opted to leak classified government secrets to journalists (including Washington Post reporters). Federal prosecutors have charged Snowden with espionage, and since 2013, he has lived in Russia. Snowden explained in the ACLU interview that leaking to reporters was the best option when the system failed, especially when officials to whom he would have been required to report his concerns were responsible for creating the programs he exposed.

“And this is where we have seen time and time again that when you go through these proper channels, as you call them, they don’t resolve the problem,” he said. “Rather, they’re a kind of trap where whistleblowers go into and then they’re flushed from the system. The complaints are buried, the programs are shored up and made even more secret. And the person who reported them has their life destroyed. They lose their career. In some cases, they lose their freedom, their family. These are not hypotheticals.”

Snowden predicts the whisteblower will be okay in the end.

The Technology 202 will be publishing on a limited schedule while Congress is on recess this week and next week. We will not be publishing Oct. 4, 7 or 11. We will return to our normal schedule Oct. 14. BITS: Facebook CEO Mark Zuckerberg attempted to rally Facebook employees against critical politicians and the company’s competitors during two open meetings in July, according to audio recordings obtained by The Verge’s Casey Newton. Zuckerberg struck a notably more candid tone than his typical carefully crafted, public remarks during the two sessions — which included question and answers with the employees.

Zuckerberg predicted that Facebook will sue the U.S. government to prevent it from being broken up, calling antitrust threats “existential.” He responded to a proposal from Sen. Elizabeth Warren (D-Mas.), who has said on the 2020 campaign trail that if elected president, she plans to break Facebook’s subsidiaries WhatsApp and Instagram off from the company:

“You have someone like Elizabeth Warren who thinks that the right answer is to break up the companies … if she gets elected president, then I would bet that we will have a legal challenge, and I would bet that we will win the legal challenge,” Zuckerberg said. “And does that still suck for us? Yeah. I mean, I don’t want to have a major lawsuit against our own government. … But look, at the end of the day, if someone’s going to try to threaten something that existential, you go to the mat and you fight.”

Zuckerberg also responded to a question about why he has declined multiple requests to appear at hearings in Europe, which has become a source of tension with those governments.

You can read the full transcript of the meetings here. NIBBLES: New documents obtained by my colleague Tony Romm shed fresh light on how Facebook fought the Federal Trade Commission tooth and nail as the agency’s staff calculated the company could face tens of billions in fines for alleged privacy violations. The company said it was prepared to go to court over what it considered an “unconstitutional, unlawful and unsupported” penalty before ultimately settling with the agency for $5 billion in July.

“The legal jostling between Facebook and the FTC illustrates the precarious decision that government regulators ultimately would have to make: try to fight the tech giant in federal court, embarking on a lengthy, painful legal battle, or settle with the company and obtain whatever relief Facebook was willing to stomach,” Tony writes.

The FTC’s decision to settle has been met with criticism from privacy advocates who say that the penalties are a slap on the wrist and are pushing for a challenge to the decision in federal court. BYTES: Employee morale is rapidly declining at Uber, as the one-time darling Silicon Valley unicorn is battered by outside scrutiny, a plummeting stock price, layoffs and efforts to curb costs, my colleague Faiz Siddiqui reports.

In an effort to reverse course from significant losses after its public launch, Uber leadership has emphasized employee efficiency and significantly decreased resources to user experience and research, a change some employees slam as “stifling innovation,” Faiz reports. The company has also laid off about 3 percent of its staff and has shifted its hiring strategy to tap cheaper talent abroad.

The company’s sinking bottom line has led to a decrease in office perks including artisan coffee, fancy office supplies and “Uberversary” balloons. Employees who thought they would be able to retire on their stock are now left with just a fraction of the expected payout.

Company leadership, which declined to be interviewed, has remained laser-focused on looking to the future. “I think we need to put our heads down and execute,” Jill Hazelbaker, Uber’s senior vice president of marketing and public affairs, said at one meeting, according to excerpts of her comments provided to The Washington Post. “I’d just say we’ve got to get a bit thicker skin about this stuff.”

— Facebook intends to exempt opinion pieces and satire from its fact-checking program, Jeff Horwitz at the Wall Street Journal reports. It’s the latest sign that the company is wrestling with how to address disinformation concerns ahead of the 2020 election, while not censoring speech on its platform.

Posts in both categories will not be labeled as “false,” even if they contain information Facebook fact-checkers have debunked, Jeff writes. In two recent instances, Facebook removed a “false” label from pieces of fact-checked content after conservative outcry that fact-checkers were politically biased. One of the posts was an opinion article from the Washington Examiner arguing against some climate science models, which would be exempt from fact-checking under new guidelines.

While Facebook didn’t respond to the Journal’s request for comment, fact-checking partners are already slamming the new rules as a way for potentially malicious actors to get away with spreading false information under the guise of opinion. “There are cases where the line between fact and opinion are not as bright as you might think,” Angie Drobnic Holan, editor of PolitiFact and a member of the International Fact-Checking Network, told the Journal.

The move comes less than a week after critics blasted the company’s decision to exempt politicians from the fact-checking process.

— More news from the private sector: 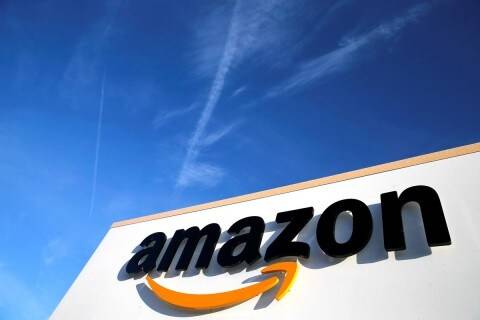 A U.S. online privacy bill is not likely to come before Congress this year, three sources said, as lawmakers disagree over issues such as whether the bill should preempt state rules, forcing companies to deal with much stricter legislation in California that goes into effect Jan. 1. 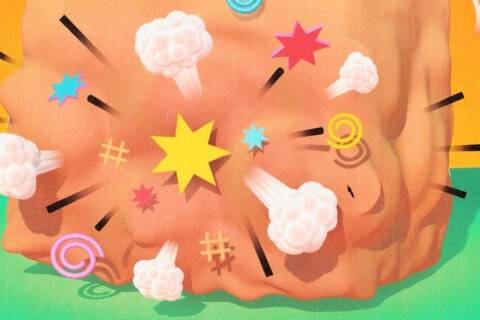