FUN NIGHT. The candidates of Mr World 2019 rock the Big Dome during their dance number. All photos by Alecs Ongcal/Rappler

MANILA, Philippines – The Smart Araneta Coliseum has been the venue for big concerts and events and the Mr World 2019 finals on Friday, August 23, was the latest to join its list of memorable events.

For the first time, 72 gentlemen from around the world gathered in what is dubbed as the biggest male pageant to search for the Most Desirable Man.

The program opened with the candidates dressed in their national costumes. The Philippines’ bet JB Saliba, who has been a good host to his brothers, showed what he got as the crowd cheered for him. 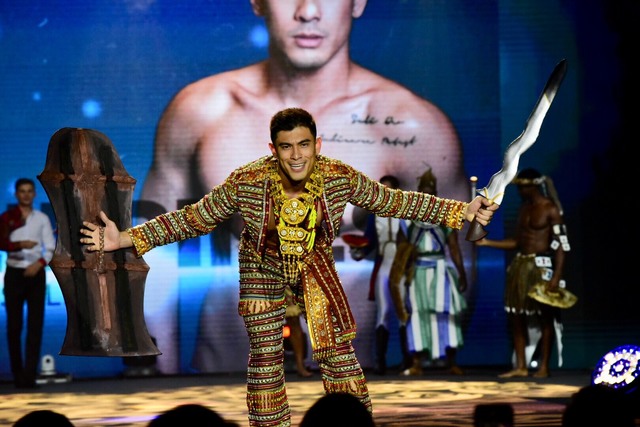 HOST DELEGATE. JB Saliba in his warrior national costume during the opening number. 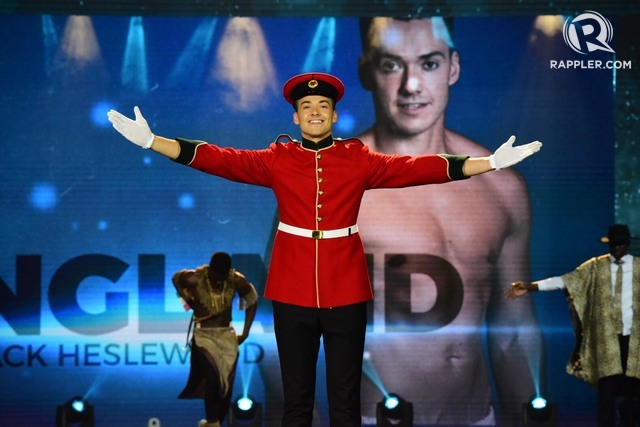 HELLO. England’s Jack Heslewood at the opening of the show. 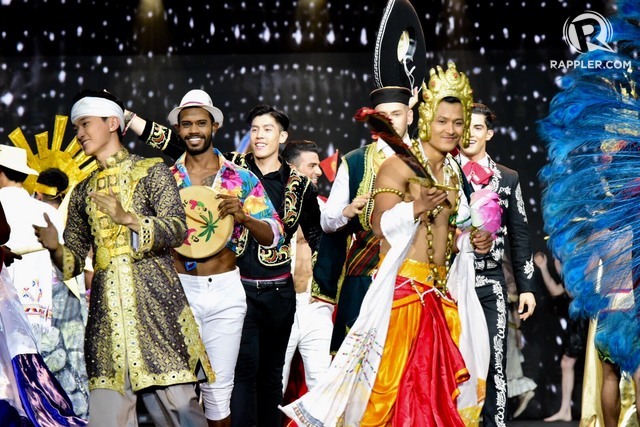 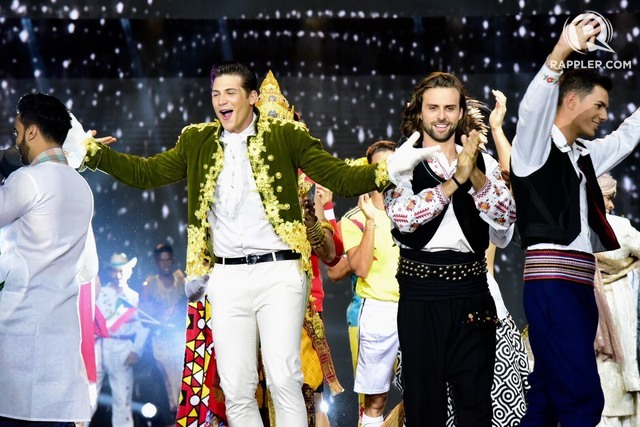 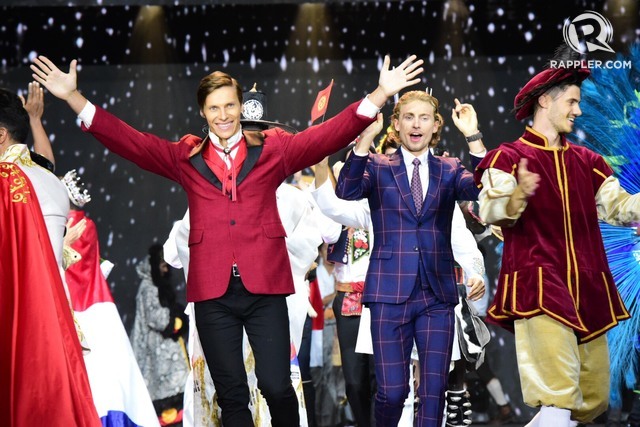 The candidates then changed into jeans and Mr World t-shirts in team colors as they danced to “Shut Up and Dance” to formally open the show. 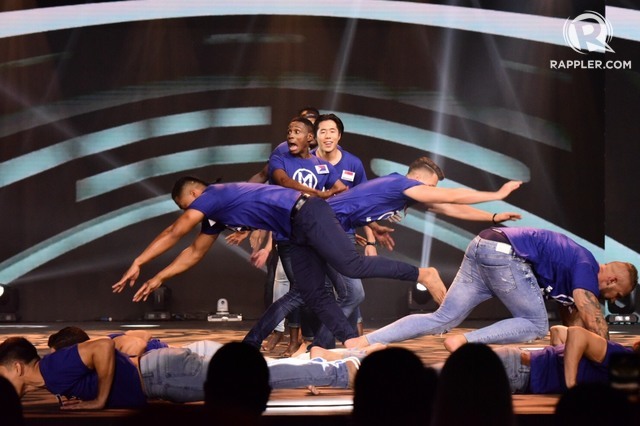 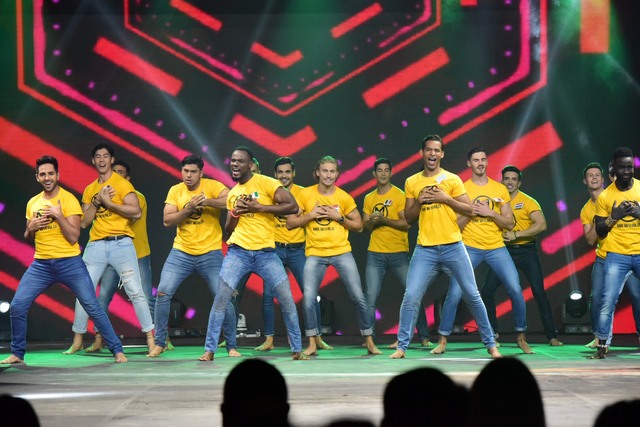 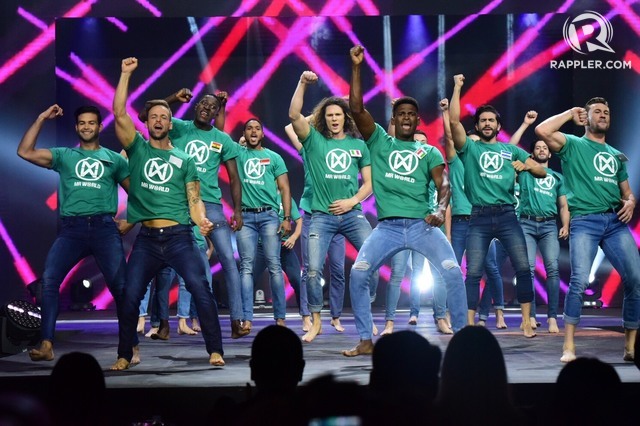 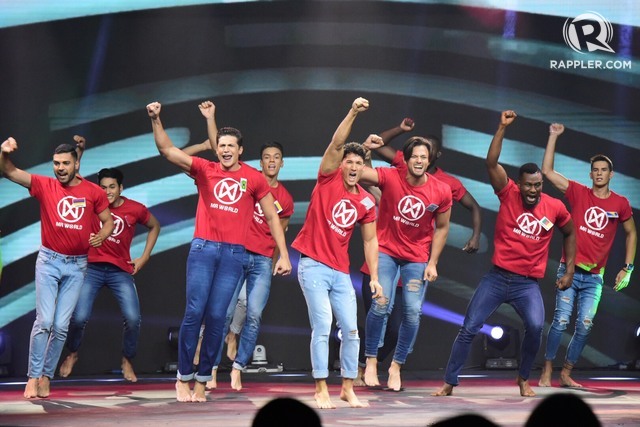 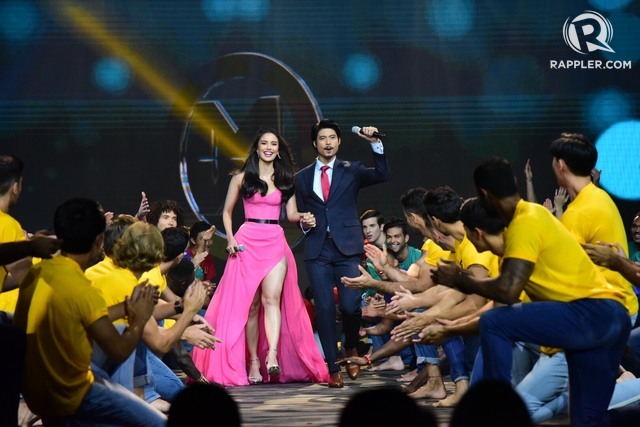 HOSTS. Miss World 2013 Megan Young and actor Mikael Daez are the main hosts of the show.

From the opening, a recap of the Fast Track winners were announced as South Africa’s Fezile Mkhize and Ireland’s Wayne Walsh were given their trophies. South Africa won for the sports challenge, while Ireland took the award for the extreme challenge.

The multimedia award was given to Nepal’s Akshay Rayamajhi. Tonga’s Mikaele Ahomana, who won Best in Talent. got to peform his song from the Charity Gala event.

After announcing the Top 5 in the Top Model challenge last August 21, Mexico’s Brian Faugier took the award, giving him a slot in the Top 12. 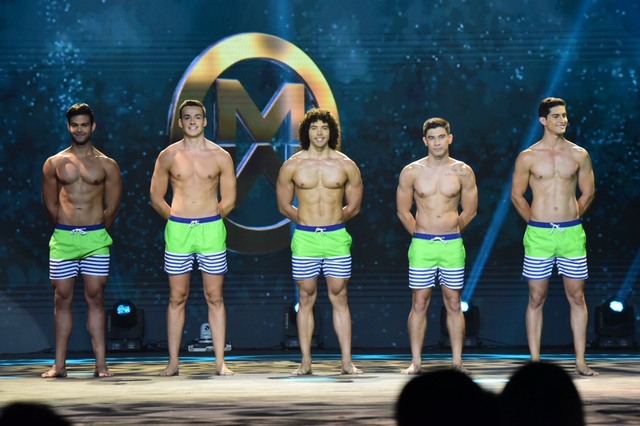 After the gentlemen walked the runway in Bench Body shorts, the 72 candidates were trimmed down to 29. 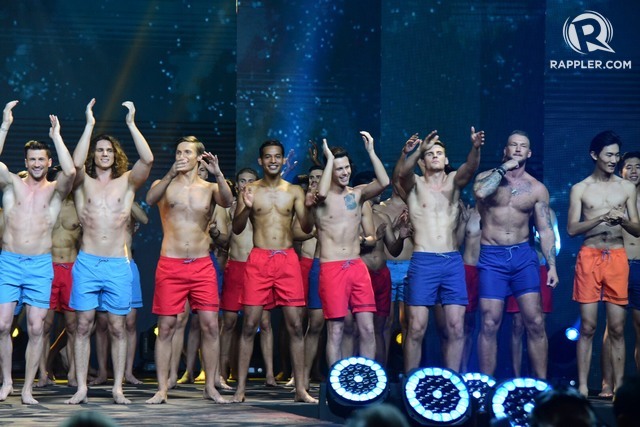 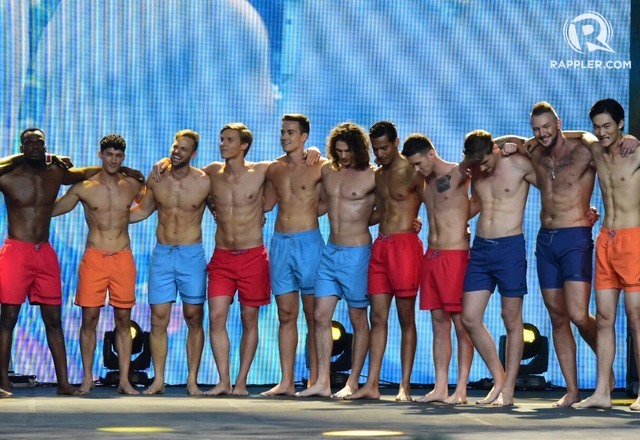 From 29, the top 12 were picked. With South Africa, Ireland, Nepal, Mexico, and Tonga securing their places, the following candidates moved to the Top 12:

Each one in the top 12 had a brief chat and short Q and A with Megan as the judges led by Miss World and Mr World chairperson Julia Morley, Korina Sanchez, Ben Chan, and Miss World 2018 Vanessa Ponce de Leon deliberated the Top 5. 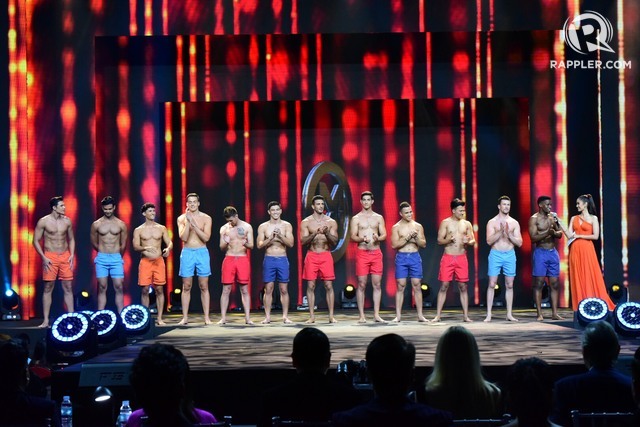 One of the highlights of the show was a tribute to Fr Rocky Evangelista and the Tuloy Foundation. The Tuloy Foundation is one of the organizations the Miss World Organization has been helping. The candidates previously visited the center, where some of them even got emotional. The visit touched the boys so much as some of them were even spotted hugging the kids onstage.

From Top 12, 5 gentlemen were chosen. They are:

All 5 were then given questions from the TV audience and the press which they gamely answered.

Before the winner was announced, Mr World 2016 Rohit Khandelwal made his final walk. Singer Kris Lawrence also serenaded the crowd.

Julia Morley, with Miss World Philippines national director Arnold Vegafria, then went up the stage to announce the winners. England’s Jack Heslewood took the title of the Most Desirable Man. (READ: Who is Jack Heslewood, Mr World 2019?) 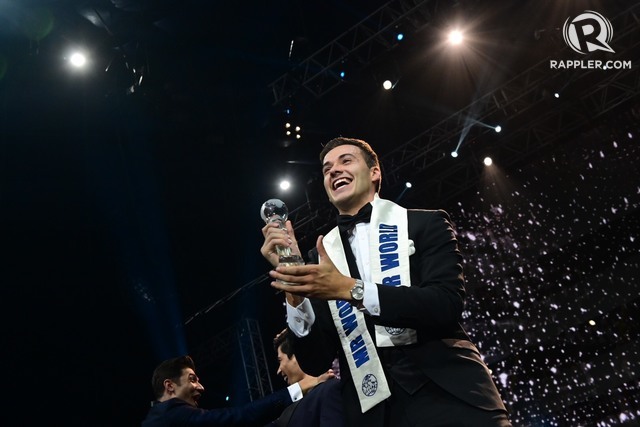 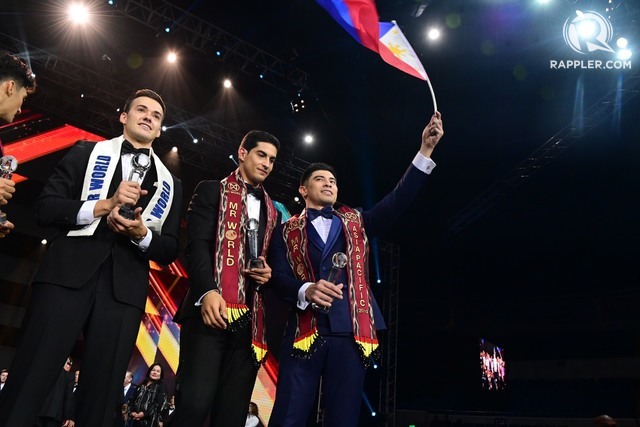 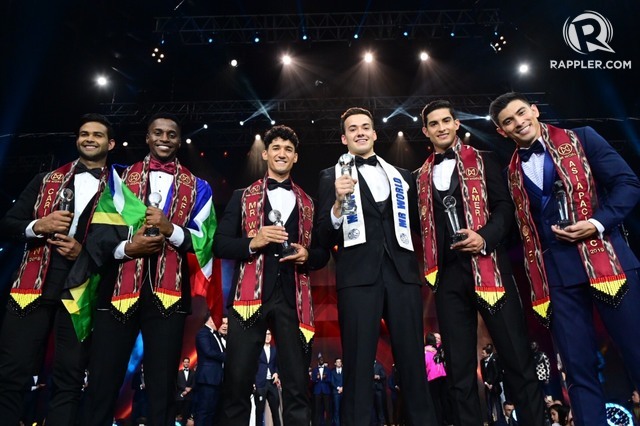 The winners ended the night with a press conference. For now, all of them will take some time off to spend time with their families who were in the country to watch the show, and squeeze in some sightseeing around the Philippines while they can. 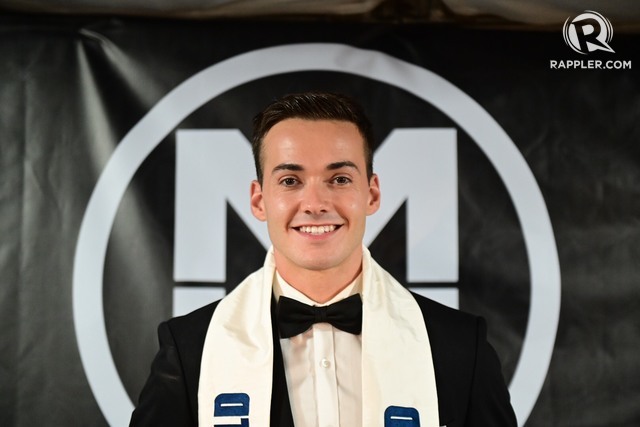 NEW KING. Jack Heslewood will travel as part of his duties as Mr World. 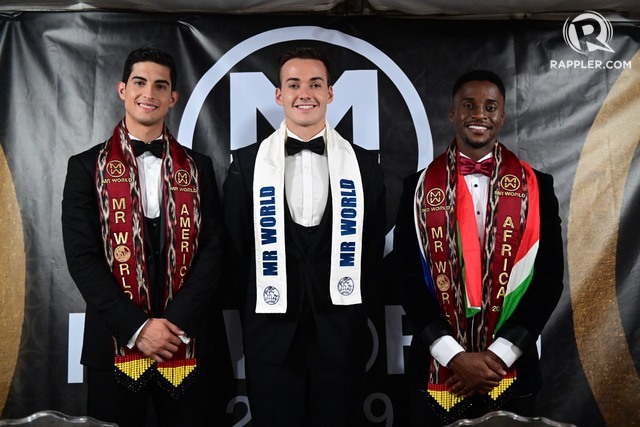 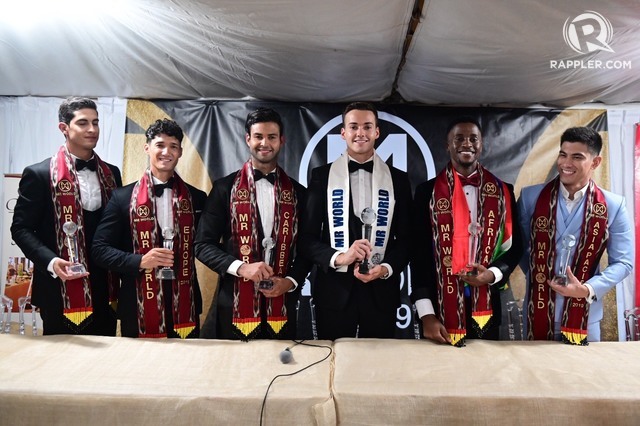 THE KINGS. Jack and his court after the press conference.

JB said that as the host delegate, he would see if he could show the boys around during their last days in the country. 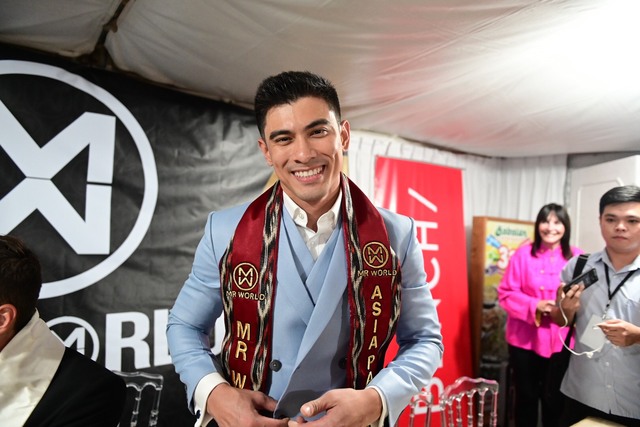 TIME AND TOUR. JB Saliba says that he’ll see if he can tour his brothers in some places before they leave.

The Mr World competition may have ended but they would be bringing home new friendships as well as memories of their time in the Philippines. – Rappler.com