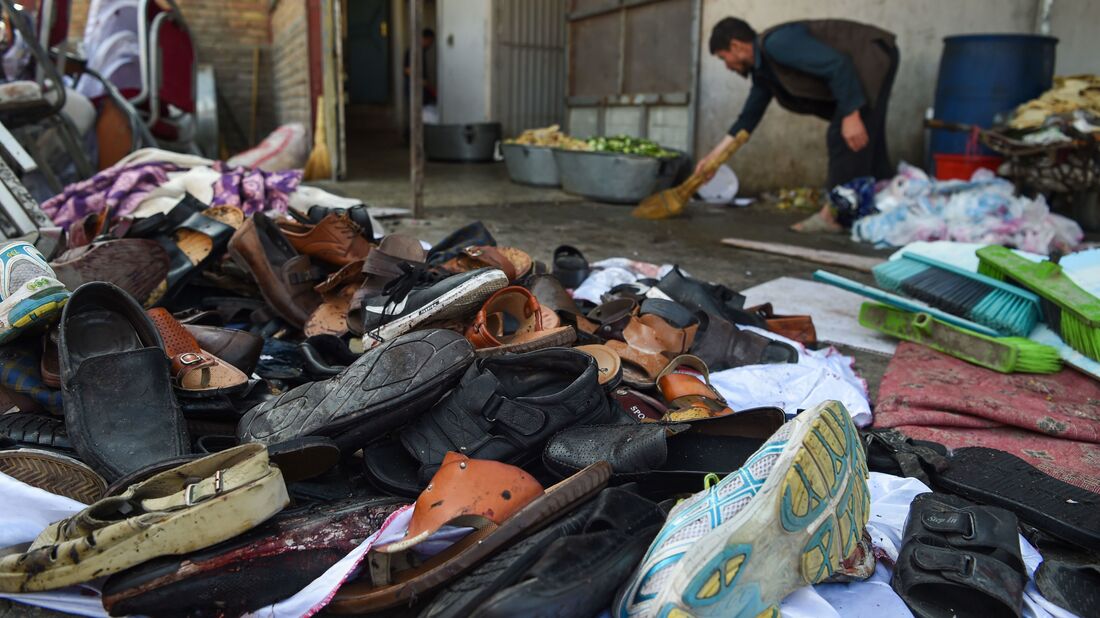 A man cleans an area next to a pile of shoes and sandals of victims outside a wedding hall after a deadly bomb blast in Kabul. 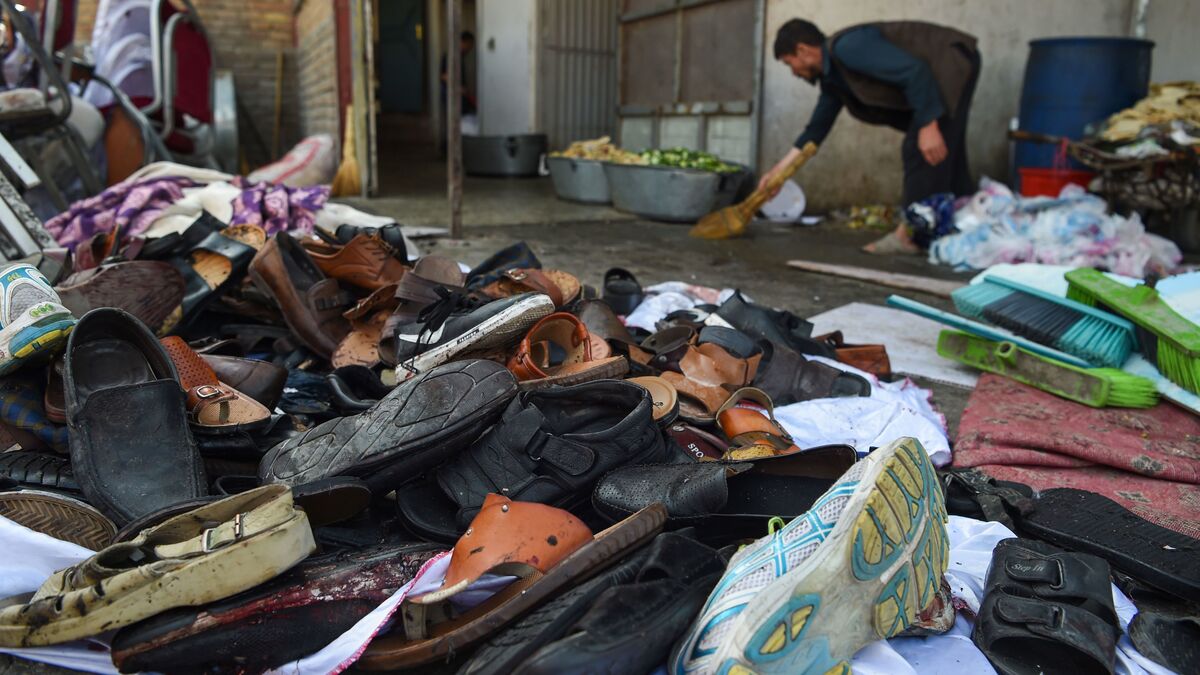 A man cleans an area next to a pile of shoes and sandals of victims outside a wedding hall after a deadly bomb blast in Kabul.

A suicide bomber killed at least 63 people and wounded 182 in an explosion at a packed wedding hall Saturday night in Kabul, Afghanistan, according to the country’s interior ministry.

An Afghan government spokesperson said the bomber detonated inside the wedding reception, where more than 1,000 guests had gathered to celebrate a marriage.

“Everybody was running,” a waiter at the hall, Sayed Agha Shah, told Reuters.
“Several of our waiters were killed and wounded.”

Outside the hall people were searching for relatives and broken glass covered the ground, Jennifer Glasse reports for NPR from Kabul.

A spokesperson for Afghanistan’s president, Ashraf Ghani, called the attack a “heinous crime against our people,” Glasse says.

No group has claimed responsibility for the bombing and the Taliban denied being behind it.

The wedding hall is located in west Kabul, in a largely Shiite neighborhood. Shia Muslims are a minority in largely Sunni Muslim Afghanistan. The Islamic State has claimed responsibility for previous attacks targeting Shiites in the neighborhood in recent years, as The New York Times noted.

The Taliban killed 14 people and wounded more than 140 in a car bomb attack outside a Kabul police station on Aug. 7.

The attack came as the U.S. and the Taliban are said to be nearing a peace deal that would include the Taliban in some sort of power-sharing agreement.

Alex Thier, who served as a legal adviser to Afghanistan’s Constitutional and Judicial Reform Commissions, told NPR last week that Afghans “are seized with a deep and visceral feeling about the need for peace that comes from the fact that there has been so much violence. … And they feel ready, frankly, also, to sacrifice for peace.”