I’m the journalist supposed to be asking questions but while covering the mass protests that crippled Hong Kong airport, I found the tables turned.

“Do you mind if I sit here and get your perspective?,” asked one protester who plonked himself on the floor next to me while I was between live crosses.

He only wanted to be known as Maverick and like other demonstrators didn’t want to give a surname and hid behind a face mask.

But the 27-year-old, who’s stopped working at his father’s butcher shop just to take part in the dozens of protests, was eager to hear what I thought of all the chaos he and thousands of associates had caused.

I told Maverick that I could see it from both sides and that if I was a young Hong Kong resident I may very well be worried about sliding freedoms and what the future holds.

But I also told him that if I was a traveller desperate to get home to children or with a wedding or other important event to attend, it’s highly likely my patience would have run thin like it did for many passengers trying to leave one of the busiest travel hubs in the world.

“We did stop them from boarding the aircraft so we say sorry but we just can’t let you in because we have no choice,” Maverick explains.

“We failed five years ago with the umbrella movement … five years later we’ve got another chance and it’s our last chance.

“If we paralyse the airport the government is going to lose a lot of money.

“Let’s see how much money you can lose until you respond to our demands.

“We don’t want to do that but you force us.”

It’s at that moment a young European couple politely interrupts us. 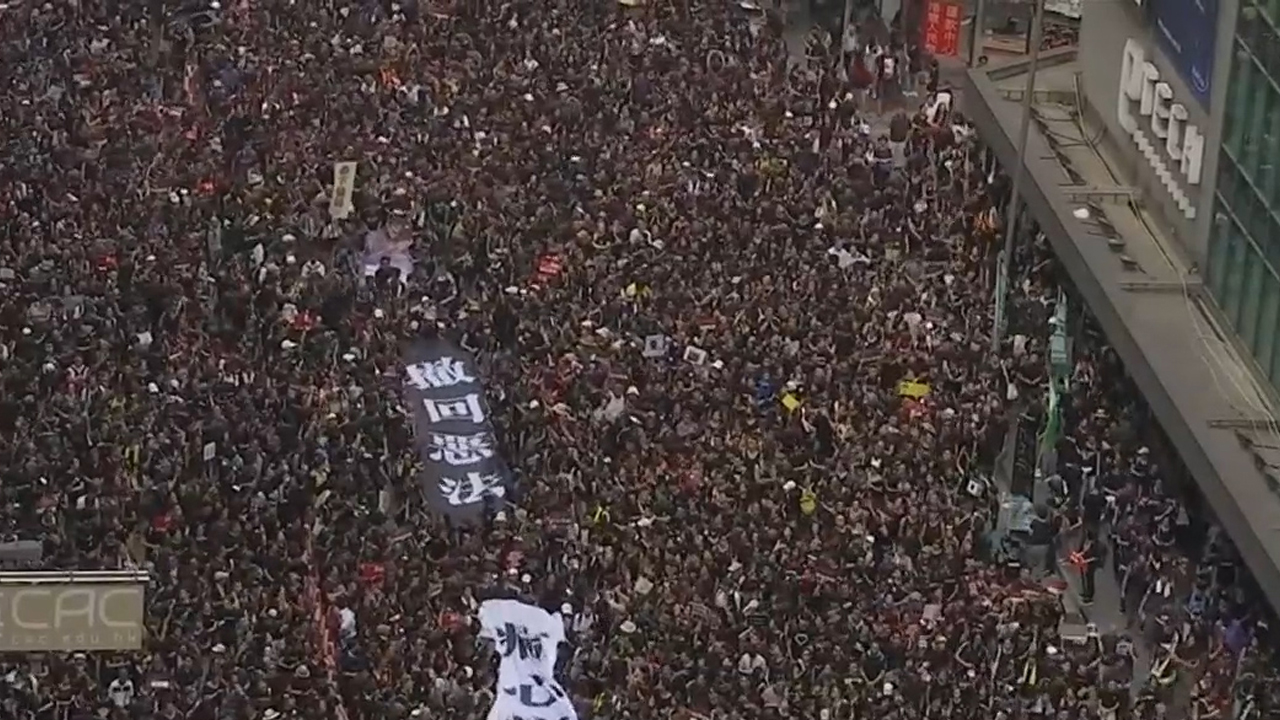 “Good luck, it’s been an honour talking to you,” the woman said to Maverick.

“You made a great impression on us and we’ll spread the awareness,” her partner added.

Maverick then tells me he’d spent a couple of hours explaining himself to the tourist pair who’d been in Hong Kong for a three-week holiday.

They were about to board a rescheduled flight after their original journey was cancelled during airport shutdowns that spanned two days.

Despite their plans being turned upside down, Maverick seemed to have won over the couple.

Other travellers I spoke to though were angry.

“I know they have their problems but we need to get on and do our flights and our life and at the moment it looks like two days here and it’s costing us a lot of money,” one young Australian man told me at the height of the rallies when protesters were physically blocking departure gates.

Another Aussie next to him added: “Everyone’s got a right to protest but there’s a time and a place and to disrupt people who are trying to go home it’s wrong”.

But disrupt is exactly what the demonstrators intended.

They wanted a global spotlight and they got it. They’re desperate.

And Maverick tells me his ultimate wish is that other countries will band together to take a stand against China.

“Maybe we can win by international interference or maybe the government will think it can’t afford to lose that much money,” he said.

He hopes to win over the world, even if it means convincing one person at a time.

‘My heart is breaking:’ Local teacher with ties to Ukraine pleads for support – WFTV