Vaping has been linked to a cluster of hospitalizations in Wisconsin, Illinois and Minnesota. 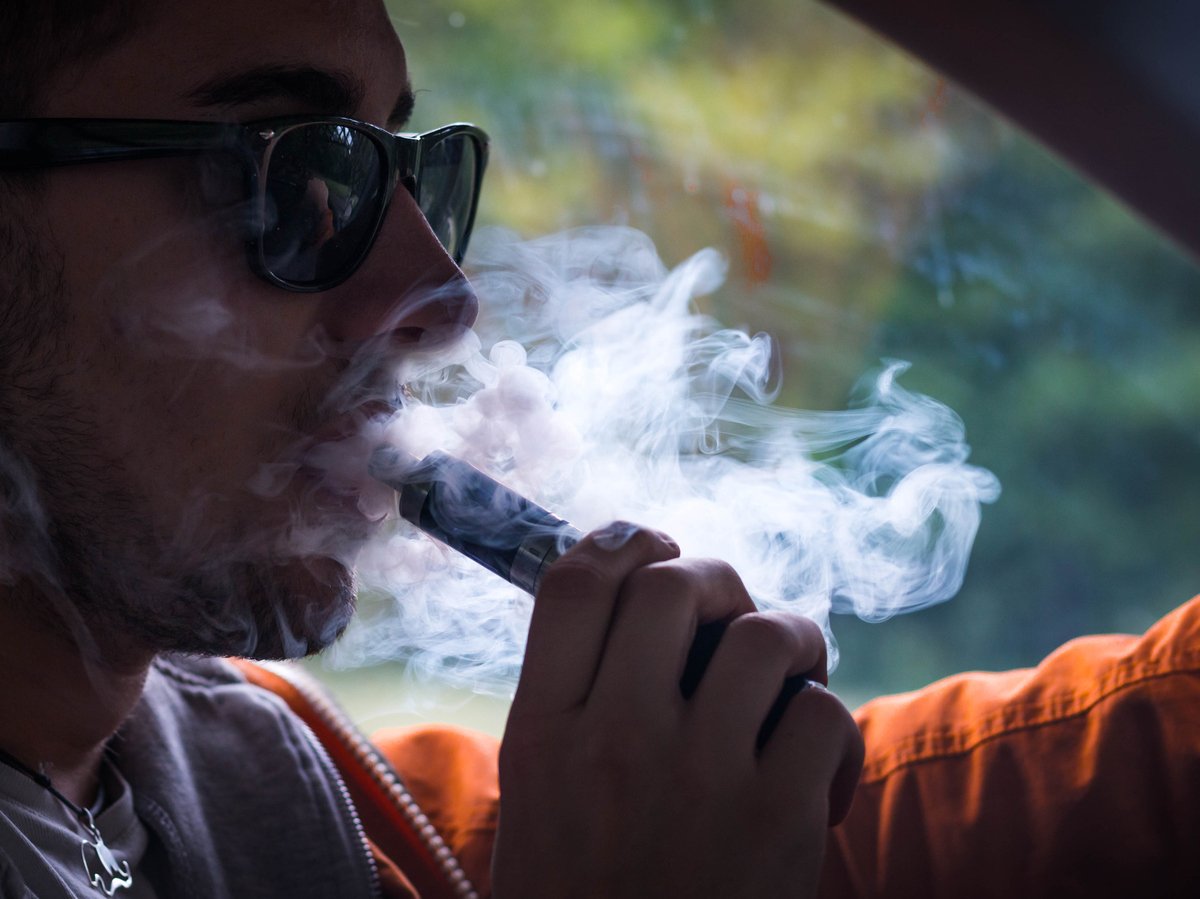 Vaping has been linked to a cluster of hospitalizations in Wisconsin, Illinois and Minnesota.

When Dylan Nelson was admitted to the ICU in July with difficulty breathing, his mother Kim Barnes figured it was just his asthma acting up again. But when she got to the hospital in Burlington, Wisconsin, he couldn’t speak. He was intubated. His blood oxygen level was only 10%. He was put into a medically induced coma.

Barnes told the nurse she worried she wouldn’t ever see her 26-year-old son again. The nurse reassured her.

“And she said, ‘We already treated an 18-year-old like this and we know of two more cases in Milwaukee,'” Barnes recalls. They had a common denominator though, the nurse told her, “they all have reported vaping.”

The Wisconsin Department of Health Services has confirmed 15 cases of patients like Dylan Nelson who were admitted to Wisconsin hospitals with severe lung injury since July and suspects 15 more similar cases. They range in age from teenagers to people in their fifties, both male and female. The only factor the patients seem to have in common is a history of vaping.

Six similar cases have been reported in Illinois, four have been reported in Minnesota. And now the Centers for Disease Control and Prevention is working with the health departments in those states as well as Indiana and California to determine what exactly is causing what it terms a “cluster of pulmonary illnesses.”

The cluster was first detected by Children’s Hospital of Wisconsin in Milwaukee where eight previously healthy teenagers were hospitalized with severe lung damage. The rapid onset of symptoms included coughing, weight loss and significant breathing difficulties. Like Dylan Nelson, some patients even needed to be admitted to the ICU.

“As the clinical team was trying to get a better understanding about what might be causing this It became apparent that the one preceding factor was that the patients had been vaping,” says Dr. Michael Gutzeit, chief medical officer of the hospital.

Alarmed that this could be a health issue the public needed to know about Gutzeit alerted the Wisconsin Department of Health Services.

“This is a perfect example of how public health should be working,” says Thomas Haupt, a respiratory disease epidemiologist with the Wisconsin Department of Health Services.

“We depend on astute clinicians to tell us about something that’s very unusual and Children’s Hospital really did step up and help us with this investigation,” Haupt says.

The department put out an alert asking clinicians to be on the lookout for similar cases. Within three weeks, the department had confirmed 15 cases and suspects 15 more. Haupt says the investigation into the cluster is ongoing. They’re interviewing all the patients to look for commonalities and have sent some vaping cartridges — some believed to contain THC oil — used by patients to the federal Food and Drug Administration for testing. Those results haven’t come in yet.

“So far the only thing that’s been common amongst all these people has been the vaping,” Haupt says, noting the investigation could possibly reveal other causes.

A spokesperson for the CDC confirmed to NPR the agency is helping the health departments in Wisconsin, Illinois, Minnesota, Indiana and California, “investigate whether the illnesses may be linked to specific ingredients or contaminants in the devices or substances associated with e-cigarette use.”

And Gutzeit says Children’s Hospital of Wisconsin continues to see about one new case each week. He says many of those patients are coming in because they’ve heard reports on the news.

Dylan Nelson doesn’t remember anything leading up to his ordeal, not even arriving at the hospital. His first memory is of waking up from the coma intubated in his hospital bed.

“It was very uncomfortable. Every time I would cough with the tube in my mouth, fluid would come up out of my lungs into the tube and they would have to vacuum out the hose,” he remembers.

He says he put it together that vaping was part of what led to his hospitalization. Doctors told him about other cases similar to his own. He says he had been vaping THC oil from a cartridge he bought for cheap from a friend.

“The oil in the cartridge was really watered down. And it was pee colored, it wasn’t supposed to be that color, it’s supposed to be dark amber,” he says.

Nelson had been temping at a factory before his ordeal. After missing work for the week he spent in the hospital he was let go. He found a new job within days at a different factory working 12-hour shifts, five days a week.

“It was very tough that first week, but it was worth it,” he says, noting he has a daughter to support.

As for vaping, he says he’s done.

“Life is short, don’t spend it chasing a high,” he says.

And he now warns others who vape, “If you are going to smoke just stick to the dispensaries. Don’t buy stuff off the street where you don’t know where it’s coming from.”