Surgeons are starting to reduce their opioid prescribing habits a little. But they still prescribe a lot of pain pills in the midst of an opioid addiction crisis. 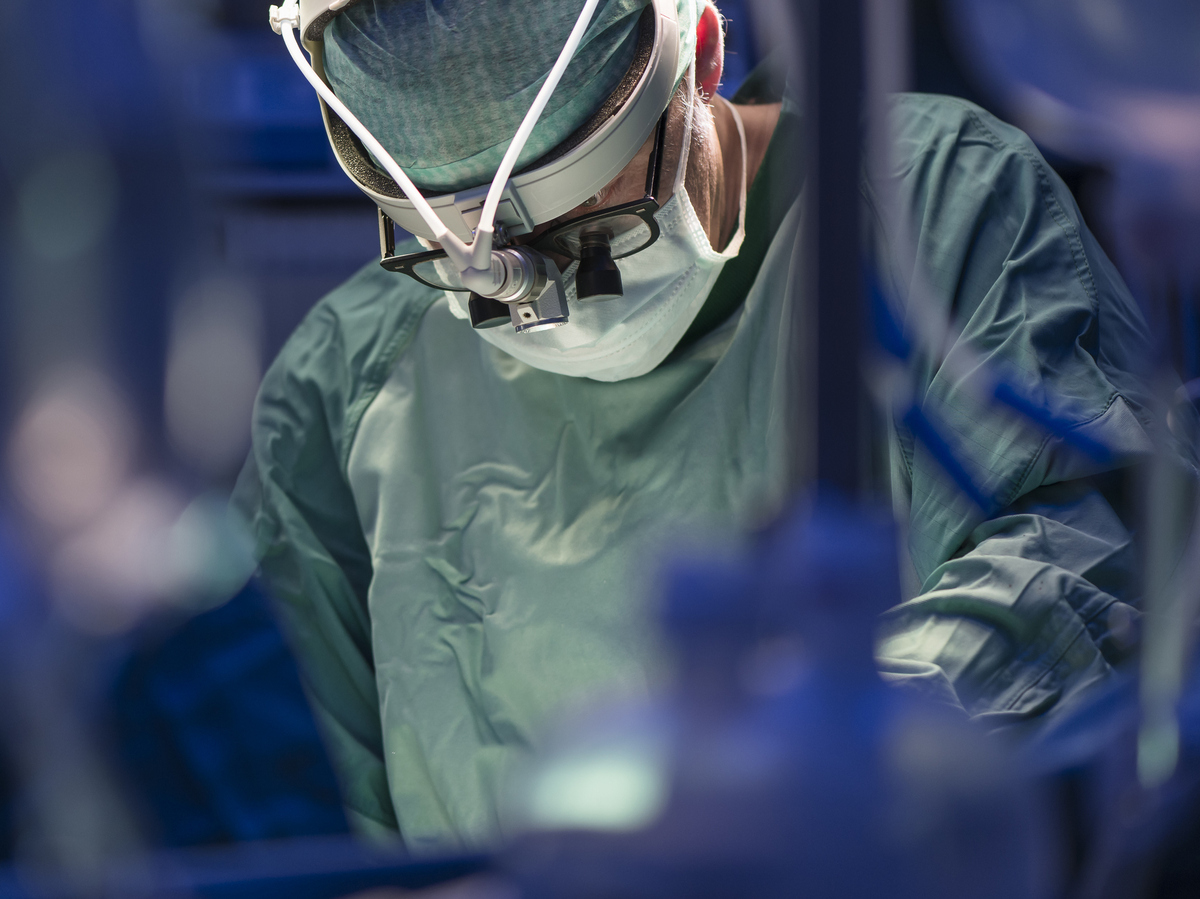 Surgeons are starting to reduce their opioid prescribing habits a little. But they still prescribe a lot of pain pills in the midst of an opioid addiction crisis.

When they started practicing medicine, most surgeons say, there was little or no information about just how many pain pills patients needed after specific procedures.

As a result, patients often were sent home with the equivalent of handfuls of powerful and addictive medications. Then the opioid crisis hit, along with studies showing one possible side effect of surgery is long-term dependence on pain pills. These findings prompted some medical centers and groups of physicians to establish surgery-specific guidelines.

But questions remained: Would anyone pay attention to the guidelines and would smaller amounts be sufficient to control patients’ pain?

Yes, appears to be the answer to both — in some measure — according to a study that encompassed nearly 12,000 patients in 43 hospitals across Michigan. The researchers published details of their work in a letter Wednesday in the New England Journal of Medicine.

Seven months after specific guidelines for certain operations were issued in October 2017, surgeons reduced by nearly one-third the number of pills they prescribed patients, with no reported drop in patient satisfaction or increase in reported pain, according to the research.

We’re not trying to deny patients narcotics. But there’s an acceptable level where people still have their pain under control.

“We’re not trying to deny patients narcotics,” says Dr. Joceline Vu, one of the paper’s authors and a general surgery resident at the University of Michigan. “But there’s an acceptable level where people are still happy and still have their pain under control, but we have dropped the number to a minimum.”

Overall, doctors prescribed eight fewer pills per patient — from 26 to 18 — across nine common surgical procedures, including hernia repair, appendectomy and hysterectomy, based on guidelines from the Michigan Opioid Prescribing Engagement Network (Michigan OPEN), a collaboration of hospitals, doctors and insurers.

Patients also reported taking fewer pills, dropping from 12 to nine on average across those procedures, possibly because they were prescribed fewer in the first place.

Still, while researchers say the study offers considerable reason for encouragement, it illustrates how hard it is to change prescribing habits. In May 2018, at the study’s conclusion, the average number of pills prescribed exceeded the most up-to-date recommendations for all nine procedures.

And that’s in Michigan, where there has been a concerted push to change prescribing habits. Most states don’t have such a broad effort ongoing.

“There is a misconception that this is all fixed,” says Dr. Chad Brummett, co-director of Michigan OPEN and one of the researchers on this study. “I do think people are still overprescribing. Definitely.”

The guidelines come amid ongoing concern about the opioid crisis and a continued examination of the role prescription drugs played in its escalation.

The likelihood of persistent opioid use rises with the number of pills and the length of time opioids are taken during recuperation from surgery. But there’s another avenue of concern. When doctors write scripts with a generous number of pills, the chance that patients won’t take them all increases, along with the potential for the unused pills to make their way from medicine cabinets to the street, or to fall into the hands of other family members.

It seems that in surgery we wrote prescriptions for a lot more opioids than people actually needed.

“That can be a bigger concern for many of us,” says Vu. “It seems that in surgery, for whatever reason, we wrote prescriptions for a lot more opioids than people actually needed.”

Other institutions developed their own surgery-specific prescribing guidelines, including Johns Hopkins Medicine in Baltimore and the Mayo Clinic in Minnesota. Although they use different methods to determine the number of pills, most ended up with similar parameters, often in the range of zero to 20 pills, depending on the procedure.

All the prescribing directives apply to patients with acute pain, such as those who had surgery, not people with chronic pain, Vu and other researchers emphasize. Even so, chronic-pain patients argue that the focus on setting postsurgical prescribing levels has made it far more difficult for them to get treatment.

“These patients feel besieged … and say, ‘I need these pills to get out of bed in the morning’,” says Vu. “This project and study is not about chronic pain. It’s about preventing harm to healthy people coming in for surgery.”

What are some of the guidelines? Michigan, in its initial recommendation, called for no more than 10 pills equivalent to 5 milligrams of oxycodone for a minor hernia repair, and no more than 20 for a minimally invasive hysterectomy.

Before the guidelines, for instance, patients with minor hernia repair operations were being prescribed 29 pills, according to the study. That fell to 14 by May 2018, which is still four more pills than the guidelines suggest.

For a hysterectomy, though, patients received 31 pills before the guidelines and 19 after, just below the “no more than 20” recommended. And following their initial guidelines, Michigan OPEN revised its recommendations, further lowering the range amounts to zero to 10 for hernia repair and 0 to 15 for a hysterectomy.

In sheer numbers, opioid prescribing rates in the U.S. peaked in 2010, but remain among the highest in the world, according to studies and other data. The postsurgical prescribing falloff seen in Michigan does not likely reflect a broader trend, especially where there is less emphasis on such guidelines.

An analysis of national Medicare data by Kaiser Health News and Johns Hopkins Bloomberg School of Public Health, for example, found only a small drop — one to two pills on average, per patient — in postsurgical prescribing across seven different procedures from 2016 to 2017.

The KHN/Hopkins analysis originally found that prescribing from 2011 to 2016 was well above levels now recommended by organizations like Michigan OPEN and the Hopkins medical center. For example, Medicare patients took home 48 pills in the week following coronary artery bypass; 31 following laparoscopic gallbladder removal; 28 after a lumpectomy; and 34 after minimally invasive hysterectomies.

In July, when 2017 Medicare data became available, KHN and Hopkins did an additional analysis, which showed, on average, small decreases in the number of pills taken home from the pharmacy by patients in the first week after leaving the hospital. But the drop was smaller than the reductions seen in Michigan.

For example, nationwide prescribing following bypass surgery averaged 45 pills, a drop of three; after a hysterectomy, the drop was four pills from the six-year average, to 30; and lumpectomy patients took home five fewer pills, for an average of 23.

“Those reductions are not sufficient,” says Dr. Marty Makary, the surgeon who spearheaded the development of guidelines at Johns Hopkins Bloomberg School and whose staff helped perform the Medicare analysis for KHN. He points out that the data represents prescriptions as recent as a year and a half ago, but we’re years into the opioid crisis. “We’re talking about mopping up the floor while the spigot is still on,” he says.

Kaiser Health News is a nonprofit, editorially independent program of the Kaiser Family Foundation, and is not affiliated with Kaiser Permanente.