The Technology 202: Elizabeth Warren just made her battle against Facebook more personal 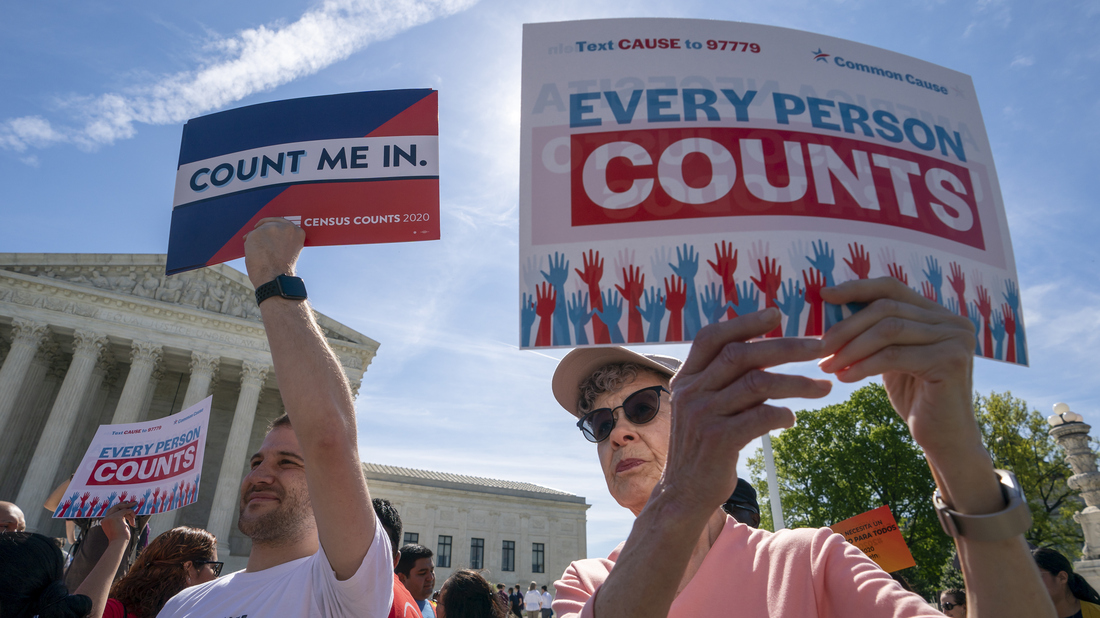 Demonstrators rally outside the Supreme Court in April as the justices hear arguments over the Trump administration’s plan to add a citizenship question to 2020 census forms. 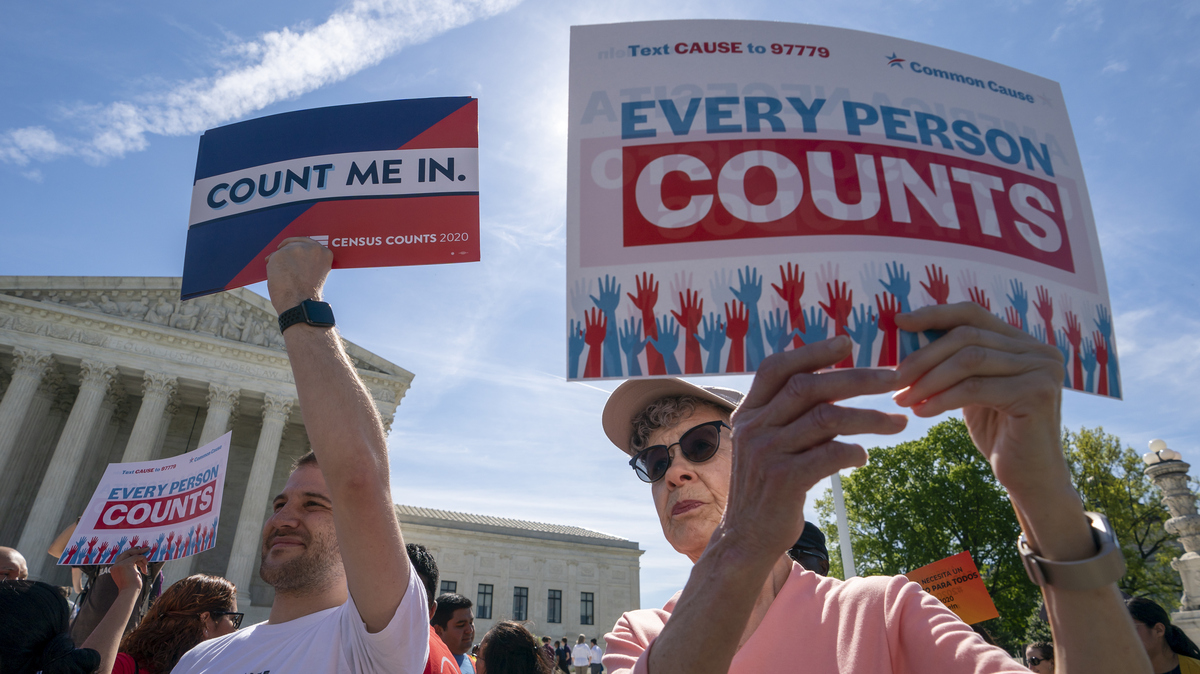 Demonstrators rally outside the Supreme Court in April as the justices hear arguments over the Trump administration’s plan to add a citizenship question to 2020 census forms.

A high-ranking Census Bureau official privately discussed the citizenship question issue with GOP redistricting strategist Thomas Hofeller in 2015, according to emails cited in a new court filing in the legal battle over the potential census question.

A community organizing group and others challenging the question in Maryland argue that communication shows that at least one key Census Bureau official had long been aware of Hofeller’s interest in a citizenship question, which the plaintiffs say drove the administration’s efforts to include the question on forms for the 2020 census.

“They eliminate any colorable doubt about the link between Hofeller and government employees involved in the citizenship question approval process,” write plaintiffs’ attorneys with the law firm Covington & Burling, the Mexican American Legal Defense and Educational Fund and Asian Americans Advancing Justice — AAJC.

These new revelations follow earlier discoveries from Hofeller’s hard drives, which were discovered by his estranged daughter after he died last year. They include a document with a paragraph about using the Voting Rights Act as a justification for a citizenship question. The lawsuits’ plaintiffs allege that file shows Hofeller helped administration officials come up with a way to conceal their true intentions in a “carefully orchestrated scheme.”

Citing an unpublished study by Hofeller, the plaintiffs have argued that the administration actually wants a citizenship question in order to give Republicans and non-Hispanic white people a political advantage when new voting districts are drawn after next year’s census.

Emails released Friday show that Christa Jones — a longtime Census Bureau employee who currently serves as the chief of staff to the bureau’s director, Steven Dillingham — had been in contact with Hofeller as early as 2010, using both her official Census Bureau email address and a Hotmail address. In a January 2015 email, Jones sent a link to a Federal Register notice that asked for public comments ahead of a field test of potential changes to census questions.

“This can also be an opportunity to mention citizenship as well,” Jones added in a follow-up email the next day.

Months later, Hofeller would go on to complete his unpublished study outlining how census responses to a citizenship question could be used to draw political maps that would diminish the voting power of Latinx people.

In an earlier court filing, however, attorneys with the Justice Department — which is representing the administration in these cases — assert that Hofeller played “little, if any, role in advocating for a citizenship question” among administration officials and was not involved in drafting the administration’s official letter to the Census Bureau requesting the question.

But three federal judges, including U.S. District Judge George Hazel in Maryland, have ruled that not to be the real reason for the administration’s push for the question — an issue that is now before the Supreme Court.

Jones and a Census Bureau spokesperson did not immediately provide a response to NPR’s requests for comment, and neither did a spokesperson for the Justice Department.

In the months leading up to the administration’s March 2018 announcement of the addition of a citizenship question, Jones was advising the bureau’s then-acting director, Ron Jarmin, who is now the deputy director. Commerce Department officials who were under pressure from Commerce Secretary Wilbur Ross to get the question on the census relied on Jones as a point of contact.

“Christa was my liaison over there to ensure that we could get a timely response from Census,” Commerce Department official Sahra Park-Su testified during a deposition for the lawsuits. “If she responded, then that was good as — as what Census was going forward with.”

In an email to Jarmin last year about conservative groups Ross could speak with while weighing the pros and cons of adding a citizenship question, Jones suggested reaching out to Mark Krikorian and Steven Camarota of the Center for Immigration Studies. Both are longtime advocates of using a citizenship question’s responses to exclude noncitizens from census numbers that determine each state’s share of congressional seats.

Next week, the plaintiffs’ attorneys head to the U.S. district court in Maryland to argue for Judge Hazel to reconsider an allegation that the Trump administration intended to discriminate against immigrant communities of color by adding the question, “Is this person a citizen of the United States?” Hazel is also considering a request to review new evidence that plaintiffs say shows that administration officials conspired to violate those communities’ constitutional rights.

Hazel’s earlier ruling blocks the administration’s plans for the question but did not find that there was enough evidence to support the discrimination or conspiracy allegations by plaintiffs in Maryland. That decision has been appealed to the 4th U.S. Circuit Court of Appeals.

The hearing before Judge Hazel is set for June 18 — a day after the Supreme Court is expected to release its next batch of decisions, which may include a ruling for similar citizenship question lawsuits based in New York. Earlier this week, plaintiffs in the New York cases asked the justices to delay issuing a ruling until a lower court in Manhattan can finish reviewing evidence from Hofeller’s documents of an alleged cover-up within the administration of the question’s origins.

Previously released Census Bureau research shows the question — “Is this person a citizen of the United States?” — is highly likely to deter households with noncitizens from participating in the constitutionally mandated head count of every person living in the country. That has sparked multiple lawsuits over the question by states, cities and other groups concerned about how the question may harm the accuracy of census numbers and how political representation and federal funding are shared over the next decade.

Census data are used to determine each state’s share of congressional seats and Electoral College votes, draw new voting districts and guide how an estimated $880 billion a year in federal tax dollars for schools, roads and other public services are distributed to local communities.

While the legal battle over the question continues, the Census Bureau is facing a time crunch to finalize forms for next year’s national head count. The bureau has been waiting for the courts to decide whether the census can include the question. Agency officials say the printing of 1.5 billion forms, letters and other mailings for the census must begin by July 1 to avoid disrupting the last stage of census preparations.