Google gave about half a dozen of its largest Washington lobbying firms the ax, the Wall Street Journal’s Brody Mullins and Ted Mann report. The firings come amid a broader effort to modernize its federal government operations as the company’s internal staff has also undergone a shake-up — with several vacancies remaining, including its chief Washington lobbyist position.

“They probably perceive themselves as entering a new phase of conflict in Washington,” said Paul Gallant, a tech policy analyst at Cowen & Co. “They want to be positioned as well as they can for it.”

For the next 18 months, House lawmakers will be probing the tech industry’s impact on competition — setting up perhaps the greatest gauntlet yet for the lobbying arms tech companies have been amassing in Washington in recent years. The recent shake-up at Google shows that tech giants suddenly in Washington’s spotlight are preparing to do battle to defend their business models and success.

And as a result, Washington lobbying firms are racing to close high-paying contracts with the companies, The Hill’s Alex Gangitano writes.

“Antitrust investigations are fact-intensive by their nature and these are complicated, fast-moving markets. It’s no surprise that the big tech companies are staffing up with people to help answer inquiries from antitrust enforcers,” Nuala O’Connor, president and CEO of the Center for Democracy and Technology, told Alex.

The companies have also been trying to hire experienced Washington insiders, as well as experts who understand antitrust issues. Facebook has been seeking to take on more antitrust lawyers in recent months as calls to break up the companies mount.

While the industry has been under greater scrutiny over its privacy practices and efforts to combat foreign influence since the 2016 election, potential antitrust action raises the stakes for these companies because any action threatens the very existence of their current business models. Experts expect this could push the companies to even further increase their lobbying expenditures. Last year, five of the largest U.S. tech companies poured a combined $64.2 million into federal lobbying efforts, according to ethics reports. That’s a more than 10 percent increase over their record-setting 2017 spending.

Google has often led the tech industry in lobbying spending, last year disbursing $21.2 million to hired hands. Observers say the companies recent shake-up, which is being led by Google’s new head of policy and government relations, Karan Bhatia, reflects how much the company’s position in Washington has evolved over the last decade.

“They’re rapidly growing and rapidly changing,” said Brendan Quinn, a spokesman for The Center for Responsive Politics. “They might just be adjusting that change in their prominence and position.”

Experts say the tech companies face unique political challenges because of how relatively quickly they’ve built up their Washington forces after years of prioritizing hiring engineers over lawyers.

“When you are building a company and hiring as quickly as tech companies are, it can be hard to build out your D.C. office at the same pace you build everything else,” Avery Gardiner, a senior fellow at the Center for Democracy and Technology, says.

Other companies such as General Electric, she said, had decades to build an in-house antitrust counsel as they saw more scrutiny in Washington. Meanwhile, Facebook has only existed for 15 years. The YouTube app on an iPad in Baltimore. YouTube is updating its hate speech policies to prohibit videos with white supremacist and neo-Nazi content. (Patrick Semansky/AP)

One video removed was an interview with Holocaust denier David Irving posted by the Southern Poverty Legal Center that emphasized why that conspiracy theory was so dangerous. Heidi Beirich, director of the Intelligence Project at SPLC, tells Elizabeth that the “ham-handed applications of rules” don’t properly address the platform’s problem with radical content.

My colleague Elizabeth laid out the tension in a tweet:

Interesting how YouTube tossed the baby with the bathwater – removing many educational videos in its sweep of white supremacists. Like the pendulum swung from anything-goes to nothing allowed. They just reinstated an SPLC video with a warning label. https://t.co/TPqJgBINNL

A person familiar with YouTube’s policy change tells Elizabeth that discussions were hastened about reversing YouTube’s long-standing free-for-all approach to hate speech and conspiracy theories after the Christchurch shooting in New Zealand. Before last week’s policy change, YouTube removed only content that explicitly advocated for violence.

Google CEO Sundar Pichai told Axios reporter Ina Fried in a recent interview that the company isn’t “quite where we want to be” on content moderation but is “making a lot of progress.” NIBBLES: More than a dozen prominent firms, including Visa, Mastercard, PayPal and Uber, will back the cryptocurrency project that Facebook is set to unveil next week, according to the Wall Street Journal’s AnnaMaria Andriotis, Peter Rudegeair and Liz Hoffman.

The financial and e-commerce companies, as well as venture capitalists and telecommunications firms will each invest about $10 million in a consortium that will govern the digital coin, which is known as Libra and expected to launch next year.

“The money would be used to fund the creation of the coin, which will be pegged to a basket of government-issued currencies to avoid the wild swings that have dogged other cryptocurrencies,” the Wall Street Journal reports.

Facebook has been working on this new project for more than a year, and it could enable Facebook users to send each other money or make purchases on the social network or throughout the interent. Talks with some of the partners are ongoing. A Facebook spokeswoman declined to comment. The lobby of Amazon offices in New York. (Mark Lennihan/AP)

BYTES: Amazon hit back at former vice president Joe Biden after he attacked the company for paying $0 in federal taxes on $11.2 billion in earnings in 2018. (Amazon founder and CEO Jeff Bezos owns The Washington Post.)

The company retorted that Biden’s “complaint is w/ the tax code, not Amazon,” adding that the company paid $2.6 billion in corporate taxes since 2016.

We’ve paid $2.6B in corporate taxes since 2016. We pay every penny we owe. Congress designed tax laws to encourage companies to reinvest in the American economy. We have. $200B in investments since 2011 & 300K US jobs. Assume VP Biden’s complaint is w/ the tax code, not Amazon. https://t.co/uPUv1Tzlma

Amazon has emerged as a punching bag for Democrats on the campaign trail on issues ranging from antitrust to wages for its warehouse workers. Unlike other companies under intense scrutiny from the field of 2020 Democrats, Amazon has not been shy about clapping back against criticism in a very public way.  Amazon has also responded to criticism from Sen. Bernie Sanders (I-Vt.) and Sen. Elizabeth Warren (D-Mass.) through its corporate Twitter account.

— Motherboard’s Joseph Cox downloaded thousands of images of license plates and travelers that were hacked from Perceptics, a company that is suspected to be at fault for a recent breach of images collected by U.S. Customs and Border Protection.

The photos found by Motherboard appear to be from a 2017 set of images collected by the company at a Pennsylvania turnpike. There did not appear to be any photos from the approximately 10,000 CBP images breached in May, but the set did include materials developed by Perceptics for CBP.

More news from the public sector: 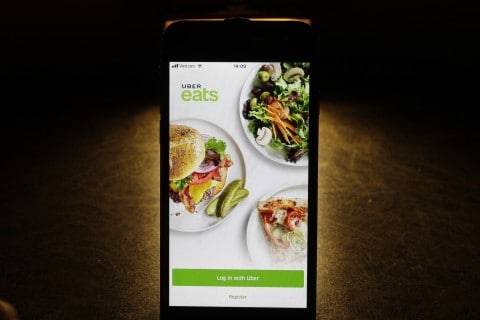